We Probably Wouldn't Go Back

I shared in yesterday’s post about my annual reading goals, and introduced you to the last book I read in 2014, At The Foot of the Snows: A Journey of Faith and Words Among the Kham-Speaking People of Nepal by David E. Watters with Steve and Daniel Watters. 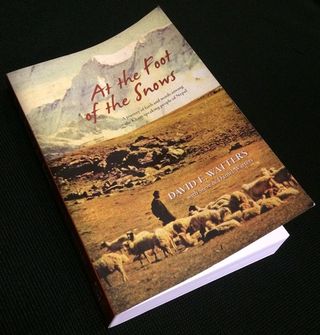 Today I want to offer another excerpt from the book, and it is at the low point of the story. David Watters, the Bible translator who went to Nepal and set about to reach the Kham people, and his wife, Nancy, are about to throw in the towel. But as they are about to give up; God shows up and changes their plans. David Watters tells it this way:

A letter arrived from Hasta Ram that summed up our sense of futility. “I have come to the conclusion,” he said, “that no one will ever come to the gospel. I made one friend, but he died within two months. I have tried everything, but to no avail. Now I go to the hillside daily, and I pray to God. Maybe he will do something.”

Yeah, maybe, I thought. Or maybe not. I had grown cynical.

February 1974 was a watershed month for us. We had decided that we probably wouldn’t go back to Nepal. How could we? There was nothing there for us. We had already failed.

One Saturday afternoon, after Nancy had spent a particularly discouraging week in bed, we felt inclined to kneel beside our bed and pray. This was a different kind of prayer for us. We realized that the heaviest burden we carried was not the burden of illness, but the burden of disappointment. We decided to give it all to God.

Once we started to acknowledge and lay down every source of discouragement, it became easier, and we were suddenly feeling a whole lot lighter and a whole lot freer. Our step quickened that day, and several months later, on April 24, we wrote a letter to our headquarters in Santa Ana, California. Following is an excerpt:

We had an encounter with God that Saturday afternoon. We gave our burdens to Him. It was a heavy load that Nancy was carrying—the illness plus the burdens. I’ll never forget how she gave them away. She named them one by one—all the disappointments, the worries, the wounds; and as she did, with tears streaming down her face, she held out an open hand to God, saying “And Lord, take that one too! And this one too, Lord! And Lord, don’t forget this one!” Before long we were sobbing with relief from the lifted burdens, and our souls were bursting with revival. Praise God! There really is a balm in Gilead! There really is a river whose streams gladden the city of God! There really is a tree of life whose leaves are for the healing of the nations!

Come back tomorrow to see the results of their faithfulness as the gospel message began to take hold among the Kham.

Todd Nettleton has served with The Voice of the Martyrs for 16 years. He’s travelled to more than 20 restricted and hostile nations and interviewed hundreds of believers who’ve faced persecution for their Christian witness. As VOM’s principle media spokesperson, Todd has done more than 2,000 interviews with media outlets ranging from Moody Radio to the BBC and Los Angeles Times. He is the principle author of Restricted Nations: North Korea and was part of the writing team for four other VOM books. You can see all 26 books that Todd read in 2014 on his personal blog.