VOM's Todd Nettleton was a guest for two days last week on The Harvest Show, broadcast around the world by LeSEA Broadcasting. We shared the first portion of his interview on the blog last week. Click below to watch the second day of his interview:

Listen to Todd's interview with Hannelie Groenewald at www.VOMRadio.net.

VOM’s Dr. Jason Peters appeared this week as a guest on The Dr. Meg Meeker Show on Dr. James Dobson’s Family Talk. The discussion involved VOM’s book project, I Am N, and how Christians facing Islamic extremism are serving Christ boldly in hostile and restricted nations around the world. Here is part 2 of their discussion:

Listen to the program here.

VOM’s Dr. Jason Peters appeared this week as a guest on The Dr. Meg Meeker Show on Dr. James Dobson’s Family Talk. The discussion involved VOM’s book project, I Am N, and how Christians facing Islamic extremism are serving Christ boldly in hostile and restricted nations around the world. Here is part 1 of their discussion:

Listen to the program here.

Can You Join Us to Be Inspired?

When you attend a VOM Advance Conference you’ll be inspired by how the gospel is advancing in hostile nations. 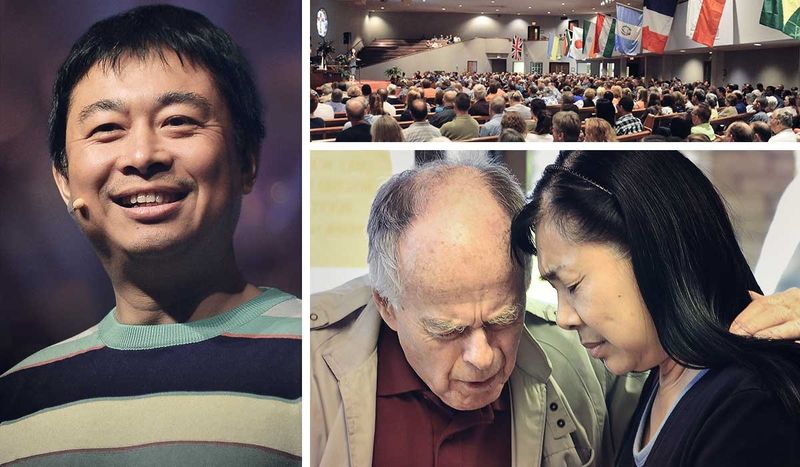 Some of the richest fellowship comes from meeting our persecuted brothers and sisters face-to-face. But you don’t have to go overseas to meet them; we are bringing them to your area with the VOM Advance Conference. Their inspiring words will wrap you in a blanket of hope. You will leave with fresh motivation and joy!

“After my salvation, attending your conference has been the most important event in my spiritual life.”

Register now for a powerful day of worship and fellowship. Be sure to bring your family and friends. There’s no registration fee, but we ask that you pre-register so that VOM and the host church will know how many people to expect.

“We certainly don’t hear [in the media] how the church is advancing in the midst of and in spite of suffering. This might have been called a conference but I see it as a message from God to open our eyes to how He is growing the church in and through persecution and suffering.”

REGISTER NOW and join us for a day of inspiration and challenge!

Today marks 15 years since Martin and Gracia Burnham were kidnapped in the Philippines. The missionary couple was on a getaway to celebrate their 18th wedding anniversary when they were kidnapped by radical Muslim Abu Sayyaf fighters. For more than a year, and under the total control of their captors, they were constantly on the move, living in primitive conditions in the jungle, evading capture from the Philippine military, enduring gun battles and witnessing unspeakable atrocities committed by the men of Abu Sayyaf Group.

On the afternoon of June 7, 2002, over a year since their abduction, the Philippine military attempted a rescue. Tragically, Martin was killed during the gunfight. Wounded, but alive, Gracia was rescued and returned home under a national spotlight.

This week the Burnham's hometown paper, The Wichita Eagle, did an in-depth story about the family now, and especially how Martin and Gracia's three children have been affected by their parents' kidnapping and their dad's death. Here's how Zach, who was 10 when his parents were kidnapped, described his response:

“I shut off,” he said. “I didn’t want to deal with the fact that I might not see them again.”

His grandparents had told him how important it was to talk to the media, so the world would want to save his parents. But it felt like a chore, and he responded listlessly, barely looking up from a rocket ship drawing in one interview.

Mindy knew talking to reporters was about the only thing she could do to help her parents, she said, and yet she remembers refusing to cry for a Christmas news special and rolling her eyes during a photo shoot on a Friday when she wanted to be at a school dance.

When the kids finally heard from their mother after more than a year apart, Jeff, the oldest, bragged to his mother that he had called the police on a TV crew that had set up on the lawn of their house.

Jeff said he hated how some reporters would try to manipulate their emotions, and to this day, his siblings say, Jeff will not talk to the media.

“It was my birthday. I didn’t want to think about my parents’ hostage situation,” he said.

“That one, that was the worst for me. I was just bitter the whole day.”

The story also included a video interview. Gracia also talked about God's faithfulness to her children in an interview with The Voice of the Martyrs Radio.

Gracia regularly shares her story, and the lessons that God has taught her, at VOM ADVANCE Conferences around the United States. The next conference Gracia will be a part of will be June 11 in Auburn, Maine.

We encourage you today to thank the Lord for the Godly legacy of Martin Burnham, and to pray for Gracia and her family as they continue to be a family that God can use.

They discussed the current state of persecution around the world, and specific ways that we can pray and support those who are experiencing persecution. 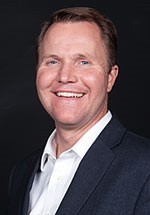 Peters noted that in ISIS-controlled areas of the Middle East, Christians can “either convert to Islam or they can stand for Christ and lose everything they own, or maybe even their life.” When asked about the graphic photos and testimonies that often accompany persecution stories, Peters responded, “This is our family. We need to know their stories; we are not going to sugar coat what’s happening.”

He then shared a concern that many Christians have as they consider their own response to persecution. “I wonder, would I be able to stand up under this kind of persecution? I’ll be honest with you, the only answer is yes, because it wouldn’t be me, it would be Christ in me.”

VOM’s new book, “I Am N” shares riveting accounts of believers who choose to follow Christ.  As Dr. Peters reports, “We are not going to be paralyzed by fear because God has helped us embrace risk…God is glorified when Christians do things that just don’t make any human sense, they just, they don’t add up.”

Dr. Peters shares how persecution “purifies the church,” by sharing that persecuted believers frequently make statements like this: “When everything was stripped away and all I had left was Jesus, I realized that Jesus is enough.”

The interview concludes with a reminder for listeners that many of these persecuted followers of Jesus have a solid hope and eternal perspective. As fellow Christians, we should look forward to the day when we will meet these dear family members face-to-face.  According to Peters, “It’s going to be really neat in heaven one day to be sitting around and to be able to meet people who have been martyred.”  May we be inspired by their example to serve faithfully—wherever God has called us.

You can hear more challenging interviews like this every week on VOM Radio.  Subscribe today via iTunes or Google Play Music.

Be an "N" Leader in Your Church 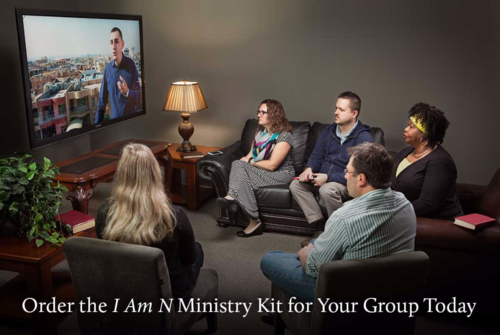 Equip your church or small group to stand with persecuted believers like those whose homes were tagged by radical Muslims with a spray-painted Arabic letter ن, or “N.”

This collection of ministry resources will provide everything you need to lead your church, small group or class into fellowship with courageous believers who refuse to deny Christ. Be encouraged by your persecuted family members, who have so much to share about sacrifice, courage, joy, perseverance, forgiveness and faithfulness. 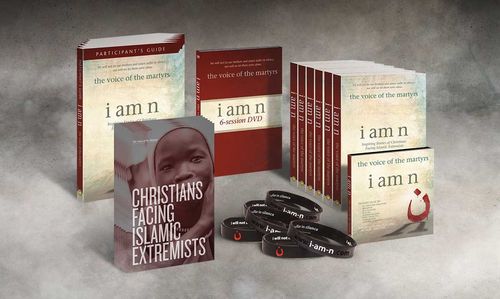 Get the I Am N Ministry Kit

These videos will introduce you to courageous Iraqi believers who were displaced by ISIS. As you learn their names and hear their stories, you will discover how your group can serve them and serve alongside them. Experience God’s work in some of the darkest places in the world through the stories of your brothers and sisters in Christ.

Your ministry kit includes a DVD of six inspirational videos with a Leader’s Guide, six I Am N books, six wristbands, six Christians Facing Islamic Extremists guides, six Participant’s Guides, and one I Am N music CD featuring artists such as All Sons & Daughters, Lincoln Brewster and Paul Baloche. Individual add-ons are available so you can customize your kit.

Build a Custom Kit for Your Group

Recently VOM's vice president of connection, Dr. Jason Peters, appeared as a guest on The Leon Show to talk about the release of VOM's new book, I Am N, and the challenges that our brothers and sisters in the Middle East are currently facing.

Watch his interview below:

Recently Dr. Jason Peters, VOM’s Associate Vice President for Connection and one of the executive editors for VOM’s new book, I Am N, sat down with Billy Hallowell of The Blaze to talk about the book, about the examples of our persecuted brothers and sisters, and about how God is at work even in places with the most intense opposition to the church.

Click below to listen to their interview, which aired on The Church Boys podcast.

You can also listen to Dr. Peters discussing his visit earlier this year to Iraq on The Voice of the Martyrs Radio.