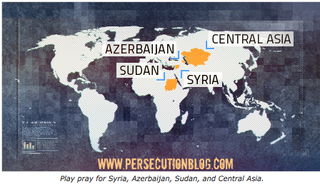 This week on the Persecution Podcast, Dory and Todd share prayer reports on Syria, Azerbaijan, Sudan, and Central Asia.

Afterward, a VOM worker shares his experience observing the contrasts between the modern, American Church and the underground, persecuted Church.

This is a podcast that you will want to share, take notes and keep praying for the needs mentioned. 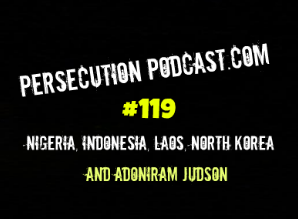 Today I am happy to share that our latest Persecution Podcast is now online and ready for your listening pleasure.

This weeks program is about 36 minutes long and is also available through iTunes.  Please click here to listen to the show and please share it with your friends.

Yesterday we posted this weeks Persecution Podcast and this week it is a very special broadcast because this week Todd Nettleton interviews Brad Phillips of the Persecution Project Foundation about the current difficulties Christians are facing in Sudan and South Sudan.

There are also updates and prayer requests from Iran, Nigeria, Colombia and Kazakhstan.

Posted by The Voice of the Martyrs on June 08, 2012 at 12:09 PM in Christian News, Christian Persecution, podcast | Permalink 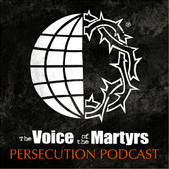 This past Friday, David shared some vital prayer requests from Nigeria, Vietnam and Indonesia in a short three and a half minute podcast.  Please click here to listen to the show.

May the Lord bless you as you pray for our family in Christ who suffers for Him.

If you missed the new episode of the Persecution Podcast, the good news is that it is still available online to listen to.  In this episode the focus is on Egypt, Somalia, Israel and the Philippines.

Sadly, the picture we have to show you is of a dear brother who had his hand cut off by Muslims and was blinded because the Muslims were obeying their Quran.  This happened in Somalia.  Please pray for this brother. Please also join David and others in praying for the requests laid out in more detail at our Persecution Podcast page.

Posted by The Voice of the Martyrs on May 21, 2012 at 05:02 PM in Christian Persecution, Muslim attacks, podcast, Prayer Requests | Permalink 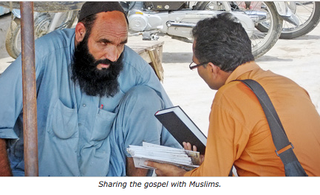 This week David shares prayer requests from the Philippines, Nigeria, Pakistan and Mauritania.

In case you're not familar with Mauritiania, Mauritania is a small country in West Africa and has a very high incidence of sexual slavery and human trafficking.  You can learn more about Mauritiania here.

David shares in this short five minute podcast all of the details of the prayers needs for these countries and the Christians in them.  Click here to listen now.

Tags: and the Philippines, Mauritania, Nigeria, Pakistan, Persecution Podcast, The Voice of the Martyrs

Last week we posted our 113th Persecution Podcast and in case you missed it, I wanted to remind you that you can listen to this very short podcast here.

Here are the specific prayer requests to give you more information.

Sudan
Muslims ransacked a church in Khartoum on Saturday, April 21, in another signal that the northern government intends to eliminate both Christians and ethnic Africans from the country. About 500 Muslims from a nearby mosque attacked and destroyed the Presbyterian Evangelical Church after a Muslim cleric preached an inflammatory sermon calling for jihad against Christians. The attackers ransacked buildings, knocked down walls and burned Bibles while security police looked on. Christians from Ethiopia, Eritrea, India, South Sudan and Sudan worshiped at the church, which has filed suit against the attackers. The church compound also included a Bible school and student housing. “It seems no one cares about us here in Sudan after the independence of South Sudan,” a VOM contact wrote. “What I know is that the church will remain and continue to operate, though there will continue to be challenges.”

Algeria
A new Bible translation in the Kabyle language is enabling many more people to read God’s Word in Algeria, according to a VOM contact there. Our Algerian contact had been using French translations for a Bible study he led, but many of the older believers didn’t speak French. Since Kabyle is the area’s native language, the VOM contact began using the new Kabyle translation when it was published last year with VOM support. “We prayed for a long time that one day God would provide the Bible in Kabyle,” he said. More people are now attending the Bible study, and more understand God’s message of hope. Algerians who read Kabyle can now read the Bible for themselves and share its content with others. “We want to thank you, because God heard our prayers,” the VOM contact said. Thank God that his Word is now accessible to more people in Algeria.

Azerbaijan
In the first known case of a church closure under Azerbaijan’s new religion law, a judge in Baku ruled on Wednesday, April 25, to liquidate Greater Grace Protestant church. Under terms of the ruling, religious activity by the church or its members is illegal and is subject to punishment. The church intends to appeal the ruling. Although Greater Grace registered with the state in 1993, it did not re-register in 2009 when the new religion law passed because leaders believed the church was already registered. Hundreds of churches that re-registered in 2009 are still waiting for the State Committee to respond to their applications. In some cases, churches were denied registration because of unspecified errors in their applications. Christians fear that the ruling against Greater Grace sets a dangerous precedent for other churches in the country.

Indonesia
Pray for those training 50 pastors to share the gospel with Muslims. 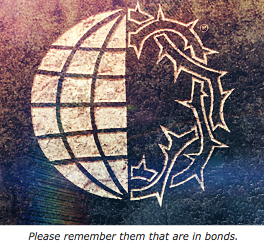 Last Friday we posted our weekly Persecution Podcast and today I wanted to share it with you in case you missed it.  David discussed prayer requests for China, India, and Bangladesh.

Tags: Bangladesh, China, India, podcast, The Voice of the Martyrs

In episode 111 of our Persecution Podcast you'll learn the latest about Gao and what is happening with him and what happened when his family visited him.

David also shares about "Kadar" who is a Christian in Algeria who has been sentenced to five years in prison for "shaking the faith" of Muslims.  This is an amazing testimony of faith.

Also, India is known for Hindu extremists who are persecuting Christians.  David shares a prayer request for some pastors who have been beaten and also prayer for the Christians in India who are suffering under these attacks.

Please click here to listen to this short 5 minute podcast.  Please share with your praying friends.  Thank you. 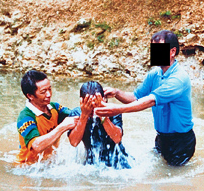 On this weeks podcast David shares prayer updates for Laos and Vietnam, Kuwait, Turkmenistan, and Ethiopia.  Please listen to this short five minute podcast and share with your praying friends.

Tags: Persecution podcast, The Voice of the Martyrs