For the first few days after Bob Fu was arrested for his Christian work in China, his prayers were pretty simple: "Lord, get me out of here!" He even prayed that God would punish his interrogators for persecuting God’s children!

But as days passed, Bob saw that God had a ministry for him in prison, and his prayers changed. Instead of praying only to be released, he asked God to use him while he was in prison. And God answered his prayer.

Today Bob is the president of the China Aid Association, a bold advocate for China's Christians and author of God's Double Agent. Listen as he shares why the Chinese government is so afraid of the growth of the church, and how persecution is spreading even to government-sanctioned churches. We'll also talk about the biggest needs of the Chinese church, so that you can pray effectively for our brothers and sisters in China.

You can also listen to every episode of VOM Radio by subscribing to the VOM Radio podcast.

VOM workers recently returned from a visit to Inner Mongolia, where they met Christians working and serving in spite of persecution. Watch to find out more about the Christians of that region, and how the VOM purchase of a van expanded the reach of the ministry of a bold front-line worker.

You can give online to support pastors like this one through VOM's Front-Line Ministries Fund.

On the Way to Mongolia: "Do You Know Jesus?"

As I write this, I am flying at 30,000 feet on my way to a restricted nation in North Africa to meet with some of our sisters and brothers. It is an incredible honor to serve alongside people who are willing to advance the Kingdom in the most difficult places on earth. 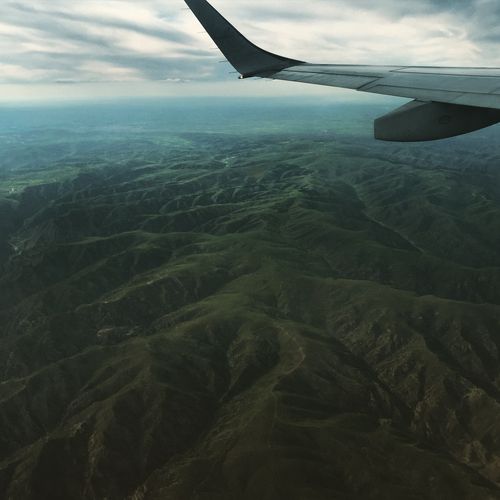 The day before I left our offices, I met with two of my colleagues, Jonathan and Nick, who just returned from China.

(Click here to listen to their VOM Radio interview describing their trip.)

They shared that, in many ways, this year has been a tough year for Christians in China. There have been crackdowns on house church networks in several regions.

The Chinese government has expanded their efforts to "purify" the Communist Party.

Christian beliefs and practices often get in the way of that effort.

However, in many other ways, this has been a wonderful year for Christians who live and serve in China.

When we meet them, we see the joy in their eyes, and the broad smiles on their faces as they describe their spiritual journeys and the deep growth that they are experiencing.

I remember meeting a Christian inside China who shared the story of his years of imprisonment. As he told the story, he couldn't help but smile contagiously. Since his release from prison, he has been able to personally witness the impact he had on his fellow prisoners, and on the guards who were forced to listen to him singing and praying.

Like Richard Wurmbrand, this man’s years in prison were marked by incredible moments of God's light piercing the darkness.

Following Jonathan and Nick’s most recent trip, they shared an encouraging story that may help explain why the Church is growing like a wildfire in China.

As they boarded a domestic flight in China, Jonathan settled into a seat next to a young, petite Chinese lady.

As they began to taxi for takeoff, she turned to Jonathan and simply asked, “Do you know Jesus?”

Jonathan, a longtime pastor and missionary, was surprised by her question, but responded affirmatively.

She continued, “Are you a real Christian?”

During the next few minutes, she asked about Jonathan’s daily Bible reading habits, his prayer life, and even his evangelistic efforts.

After she was satisfied with Jonathan’s answers, she turned to a Chinese man on the other side of her and began to chat with him. After a few minutes, she turned toward Jonathan again and said quietly, “You should pray for him because he doesn't want to hear about Jesus.”

When Jonathan discovered that her husband was sitting on the other side of the plane, one row in front of them, he asked if she wanted to switch seats so that she could sit with her husband.

She politely declined the seat swap and Jonathan soon realized that her husband was sharing about Jesus with his seat mates.

As Todd Nettleton says in the radio interview, “If you want your church to grow, you want people like that in your church!”

Dr. Jason Peters oversees Global Partnerships and travels frequently to meet with our persecuted sisters and brothers. He has ministered in 40 countries, as diverse as Cuba, India, Sudan, Nepal, Saudi Arabia, Burma, Sri Lanka, Colombia, Kyrgyzstan, Bangladesh, Thailand, Indonesia and Nigeria. Jason ministered as a military chaplain for more than 18 years, with assignments at the Pentagon, the US Air Force Academy and as a faculty member of the Air Force Chaplain Corps College, where he directed Crisis and Trauma training. Jason and his wife Kimberly lived overseas for several years, where two of their five children were born.

Why is the church in China growing so quickly? One reason is because Chinese Christians are focused and intentional about sharing the gospel message with others.

Jonathan and Nick, two of VOM’s international workers, just returned from visiting bold Christian workers all over China. They saw first-hand the witnessing efforts of Chinese Christians when a Christian woman on their flight began to share the gospel with them! And a couple of rows away her husband was on the same flight, in a middle seat, sharing the gospel with the passengers on either side of him.

Listen in to this week's episode of VOM Radio to hear how God is at work in China, even in the midst of a serious crackdown by Communist Party leaders. You’ll also hear how VOM is helping support persecuted Christians all over China, and about the adventure of landing at one of the world’s highest airports.

You can also listen to VOM Radio as a podcast.

Listen to every episode of VOM Radio, and give feedback or ask a question for use on the broadcast, at www.VOMRadio.net.

What does it mean to follow Christ in Tibet?

Please pray for Christians in Tibet.

CHINA: Would You Give Your Life?

“Are you willing to go to jail for three years in order to keep working with us on this project?” It is an intimidating question, but those who secretly deliver Bibles to China’s Christians know that it is a very real risk.

“Brother Joel” is one of VOM’s Bible distribution partners, helping deliver Bibles into every province of China. Every single year he asks each one of his workers that question: are you ready to go to jail to keep giving away Bibles?

Listen in this week to learn about Joel’s work and how his workers answer that question. They aren’t worried about what their government says or does; they worry instead about what the Bible says and about reaching China for Christ. You’ll be encouraged and challenged as you hear what God is doing in China this week on The Voice of the Martyrs Radio.

Listen to all episodes of VOM Radio at www.VOMRadio.net.

When his wife, Cheng Jie, was sent to prison because the kindergarten she managed used Christian materials to teach the children, Pastor Du Hong Bo was left alone to raise the couple’s two children.

Recently, a worker from The Voice of the Martyrs met with Du Hong Bo to encourage and pray with him. He also answered questions so Christians around the world would know his story and be able to pray for him more effectively.

More of the conversation with Du Hong Bo is featured in the June issue of VOM’s free monthly newsletter.

House church leaders in China teach new believers that to be a faithful follower of Christ, one must be willing to suffer for his faith.

Bob Fu led a double life in China, making his living as a teacher in a Communist Party school then working after school to lead people to Christ and build up China’s house churches. It wasn’t long before his own willingness to suffer was tested.

Today, after fleeing to the West, Dr. Fu is one of the foremost voices for China's persecuted church. This week on VOMRadio he'll tell us about his work and update us on a new wave of persecution in China, a wave that has extended beyond unregistered house churches and even into the Communist Party sanctioned Three Self Patriotic Movement.

After listening to our conversation with Bob Fu, order a copy of his book, God's Double Agent.

Recently a VOM international worker made a trip to visit persecuted Christians in China. He kept a video diary of the trip, which we have been sharing this week on the Persecution Blog.

In this final installment, we return to Beijing and meet with Wenxi Li and his family.

Though he was imprisoned for two years for his work in a Christian bookstore in China, Wenxi Li was encouraged to be strong in the Lord through letters received from believers around the world. Over 2,700 letters filled with Scripture verses, prayers, and messages of hope were sent to him while he was in prison. Read more of his story here.

When VOM workers recently met with Wenxi Li and his family, he was able to share about his time spent in prison, his struggles as he was forced to do hard labor intensive jobs, and what it meant to know that believers were praying for him and his family.  You can encourage prisoners being held for their faith in Christ by writing a letter through Prisoner Alert (www.prisoneralert.com).

If you missed the first part of our trip to China, view watch Day 1, Day 2 and Day 3.

Recently a VOM international worker made a trip to visit persecuted Christians in China. He kept a video diary of the trip, which we will be sharing this week on the Persecution Blog.

Today our worker travels to Hefei and shares how China is different than it has been in the past, and looks into the state-approved Three-Self Patriotic Movement. We'll also meet Pastor Jacob, another house-church leader who has experienced first-hand what it means to be jailed for serving Christ.

"If you are a real Christian, if you want to do God's work in China, you will experience persecution," Pastor Jacob tells us.

Pray for Pastor Jacob and the church in China.

If you missed the first days of this China trip, go back and watch Day 1 and Day 2.