The New Testament speaks about being persecuted for the name of Christ as a blessing, something that's hard to understand for many American Christians. But after they had been imprisoned and harassed by the religious leaders, the Apostles departed, "rejoicing that they were counted worthy to suffer shame for His name" (Acts 5:41).

As VOM workers travel and meet with Christians who have faced persecution, this same theme is often woven through their testimonies. They see persecution as an honor...as a compliment from God!

This week on VOMRadio, Brother John from Myanmar tells Todd Nettleton that he prayed and asked God to allow him to taste persecution! Listen in to this week's episode to hear how God answered his prayer:

There’s a path not far from my house that winds through nearly eleven miles of the city. The pathway runs beside the Caney River and courses through the woods, and connects a number of the city’s public parks. After sunset, many parts of the trail become incredibly dark. Only distant street lights and nearby businesses light up the surrounding area. 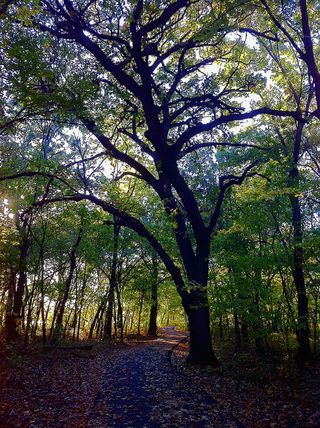 While walking late in the evening on one of these dimly lit trails, I remembered a story I recently heard from one of our VOM workers who visited Burma (Myanmar) to visit our co-workers. Several years ago, he was heading into the city of Mandalay, which has a population of more than a half million people. The trip was to take approximately twelve hours. More than sixteen hours later, the van began to slow. It was well after midnight. Looking out the window, he could see nothing. There were no lights, so he asked if they were in Mandalay yet. Smiling, one of the Burmese Christians replied, “Perhaps they have moved Mandalay, brother.” There were no street lamps, and if anyone was awake, their home did not show any evidence of it. Though a city of more than half a million people, it was completely dark.

It surprised me to learn that a city of this size could be so dark even after the midnight hour. I was more amazed to learn at how God is working through faithful brothers and sisters in Burma when I met two Christian workers from Burma recently.

The men shared about the way that they are training leaders in secret seminaries. While attending a graduation ceremony for one of these seminaries, a VOM worker asked how many were planning on being pastors. Not one of the students raised their hands.  A little stunned that not one of the students wanted to be a pastor and perhaps wondering about the translation, he was told to ask how many planned to be missionaries and church planters. With this question, every single hand went up. Students in this Bible school learn about the Bible, but they are also trained to go into spiritually dark places to share the Gospel message.

One church planter trained at the seminary employed the “rice field” method. He goes into new villages and begins working in the rice fields. On a daily basis, he works with the people in order to gain their trust and begin to share the Gospel with them. When men and women accept Christ, he disciples them to become leaders of a church community. After the couple is ready to take leadership, the church planter moves to a new village where he starts working in a rice field again. When our VOM worker asked how long he planned to do this sort of work, he declared that he would do it until Jesus returns or until he is no longer able.

When I spoke with the two workers from Burma, one shared that his prayer is to be able to minister amongst the Rohingya people. The people are notoriously dangerous, and he shared a Burmese saying about the Rohingya: "If a person encounters both a poisonous viper and a member of the Rohingya, he should kill the Rohingya first and then  worry about the viper." This faithful brother’s desire is to enter one of the darkest areas of Burma to share the love of God with them.

When I asked how he would deal with persecution that he might encounter, without hesitation, he shared how he would be blessed if he were counted worthy to be persecuted for reaching out to people who did not yet know Christ.

As I walked and thought about Burma, I stopped worrying that it was growing darker that evening. Instead, I considered the darkest places where people have not heard about Jesus. Dark places exist in all corners of the earth. While it might be dark around you, we have the light of Christ to share in the darkest places.

YOUR TURN: What are the dark places you are praying for?

I have to tell you that I just got done finishing listening to last Friday's Persecution Podcast and I really want to encourage you to take the time to listen to it.  After you hear this past weeks prayer requests, which you can still pray for, you're going to be challenged as the VOM speaker discusses an influential person in his life named John and tells a story about Don, and 80 year old trumpet player.

You will be challenged to consider your heart for the lost and be asked when was the last time you wept for those who did not know Jesus.