Today, You Know Their Names

Sixty-one years ago yesterday, five men lost their lives on a stretch of sand on the Curaray River in Ecuador. Had they not lost their lives, it’s unlikely you’d know the names of Jim Elliot, Nate Saint, Ed McCully, Pete Fleming and Roger Youderian. Instead, their act of sacrifice to reach the Waodani Indians with the gospel resonated around the world and inspired future generations of missionaries.

Growing up, this story was an intimate part of my life, yet I had no idea how far-reaching it was. You see, my father was among those inspired by the five martyrs, particularly Nate Saint. This led to life-long mission work. 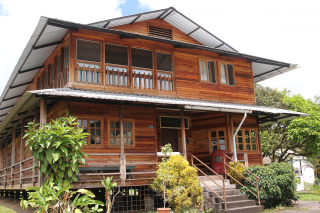 My parents joined Mission Aviation Fellowship (Nate Saint’s sending mission) and were assigned to work in Shell, Ecuador in 1978. They lived in Nate Saint’s jungle house, the place where the men and women prayed and pondered their mission to the Waodani for weeks before setting out, and where the wives anxiously gathered around the radio at 4:30 p.m. on Jan. 8, 1956, hoping for word from their loved ones.

In 1979, my parents brought me home from the hospital to that same Saint house. For the next 12 years, as I played on the hill outside the hangar, I saw Waodani women brought by airplane for treatment at the mission hospital, I watched as Waodani teenagers arrived by air to be discipled by church planters and I saw Bible translators, working on a Waodani translation of the New Testament, travel by plane to their communities. 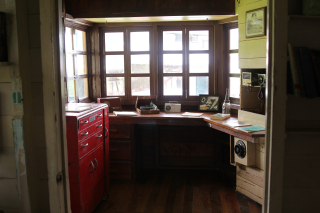 Two weeks ago, my family and I traveled back to Shell and stayed in that same Saint house, which is now a mini-museum, event space and guest house. It was encouraging to witness that the work that began after the five men lost their lives continues today. Two generations later, there is an established, Waodani-led church. They now have the New Testament in their language. The group has sent missionaries to reach other Waodani as well as neighboring indigenous groups. Several have attended Bible schools. Some family friends continue to aid the Waodani to develop job skills and provide discipleship. 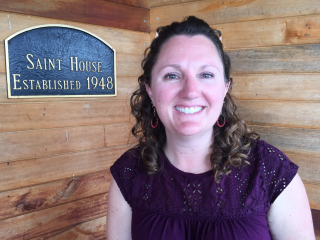 But today there are some concerning developments: a group of Waodani who rejected the gospel and live in isolation are threatening violence against the others again. This could trigger a return to the repeated revenge killings that nearly decimated the tribe 60 years ago. Will you pray for the young, Waodani church leaders who are opposed to this violence and who are encouraging their people to continue to follow “God’s carvings?” And pray that the Good News will reach the hearts of those threatening violence.

The story of the five men’s life and death is told in The Torchlighters: The Story of Jim Elliot. This children’s DVD also includes an adult-oriented documentary.

Dory P and her husband both work for VOM. Dory grew up calling Nate Saint’s sister “Aunt Rachel” and Jim Elliot’s widow “Aunt Betty.” She didn’t know they were celebrities in Christian circles until she attended Wheaton College, alma mater of three of the men killed.