Persecution Blog: What May Surprise You about the Refugee Crisis

What May Surprise You about the Refugee Crisis

Most of us are aware – and concerned – of the refugee crisis surging against Europe’s shores, though media attention has moved on by now. Greek Coast guard members continue to pull desperate people out of the ocean almost daily, and huge refugee camps in Greece and elsewhere are home to tens of thousands of refugees, mostly from Syria, Afghanistan and Iraq. 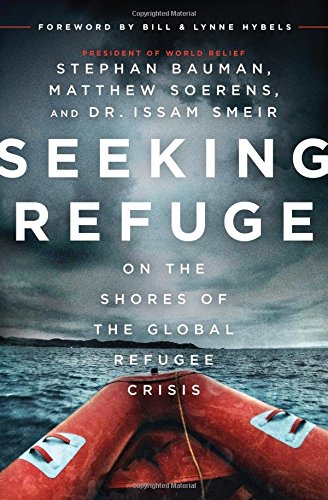 I recently read Seeking Refuge: On the Shores of the Global Refugee Crisis by several World Relief staff. I knew I’d be educated about the current refugee situation, but I never expected their words to have so much to do with our persecuted brothers and sisters.

While presidential candidates, politicians and pundits speculate about the imagined results of resettling refugees into our country, Seeking Refuge provides a different perspective. Namely, that serving the alien, aka the refugee, is a Biblical mandate that all Christ followers are called to pursue. The authors explain this mandate using various Scripture passages.

Most enlightening though, is how serving refugees in America can be a way to serve our persecuted brothers and sisters. According to a World Relief study, “about 340,000 professing Christians of one tradition or another have been admitted into the United States as refugees between 2003 and 2015, more than any other religious tradition [emphasis mine]. Many of those individuals and families were persecuted particularly because of their Christian faith. Of approximately 125,000 Iraqi refugees admitted since 2007, for example, more than 35 percent have been Christians – many times more than the Christian share of the Iraqi population – because Christians have been uniquely persecuted.” [pg 25]

Perhaps that new Iraqi family I see walking their children to school every morning are believers. And perhaps they’re feeling lonely and alienated in a new culture and climate. One of World Relief’s major endeavors is partnering incoming refugees with a welcoming church family who will help them bridge the gap as they settle into a foreign new place.

As the authors say, “If we were forced to flee our country, we would hope that a Christian brother or sister in the country to which we fled would be there to welcome us, to help us adjust, and to lament with us what we had lost. We have the opportunity to stand with the persecuted church as many come into our country each year.” [pg 25] At The Voice of the Martyrs, we encourage our readers to engage with and stand with the persecuted. What if our persecuted brothers and sisters aren’t oceans away but instead are moving into apartments just down the street?

If we fear incoming immigrants, we’re operating under false assumptions. According to missiologist Timothy Tennent, the “percentage of immigrants in North America who either arrive as or become Christians is significantly higher than the Christian share of the native population.”[pg 32] If we act in fear, “We risk ignoring a divine mandate if our sole priorities are safety, comfort and convenience.” The authors exhort us to begin thinking biblically –“not merely politically or economically” – about immigrants. [pg 32] “Safety is fine, but it is not – cannot – be our ultimate value if we follow Jesus.”[page 68]

So how do we think biblically about immigrants? These new arrivals present a huge mission field, people and religions we might never have encountered otherwise, brought right to our doorsteps. As we support and encourage persecuted believers who are reaching their enemies for Christ, how can we not reach out to our “enemies” in love?

The authors acknowledge that serving people is hard. It’s messy and complicated. Many of the new arrivals bring with them deep trauma. Their languages and customs are different. But again, as followers of Jesus, our obligation is not to neat, safe, ordered lives. Instead it is to engage – to serve the persecuted and to reach the lost.

And somewhat surprisingly, we can do that right here in America by welcoming an immigrant.

Dory P has been on staff with The Voice of the Martyrs for nearly 10 years. As a freshman at Wheaton College, she interned at World Relief DuPage, giving her brand new eyes for immigrants. At that time, most of the arriving immigrants were from the Sudan and the Balkans.