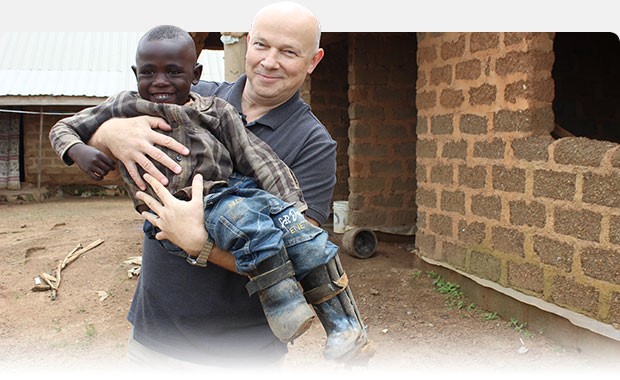 Petr Jasek has been unjustly jailed for his faith. He needs your help today.

Christian aid worker Petr Jasek has been wrongfully imprisoned in Sudan for 293 days, and his family is asking you to help save his life.

Facing espionage charges that could lead to a death sentence, Petr is being held captive in the squalor of a Sudanese prison, but his faith is strong. VOM knows Petr as a kindhearted man who has assisted VOM in providing care to persecuted Christians in Sudan and Nigeria, including medical care for Christians attacked by Boko Haram.

He was arrested in December 2015 in Khartoum, along with two Sudanese pastors whose stories have been widely reported. The trial for these men began on Sunday, Aug. 21, after more than nine months of wrongful imprisonment because of their Christian faith. Petr’s family has asked The Voice of the Martyrs to bring his situation to the attention of American Christians, asking for prayer and advocacy as the trial continues.

VOM has stood with Petr’s family since the day of his arrest, meeting their immediate needs and providing for Petr’s legal defense, just as we do for many others around the world who are imprisoned for their faith. Petr’s faith is strong, and he knows we are lifting him up in prayer. In the first letter he sent to his family after his arrest last December, Petr stated that “God holds the key to my cell. He will open the door in His timing.”

The Voice of the Martyrs provides help to the families of imprisoned Christians through the Families of Martyrs Fund, and you can help today.