Persecution Blog: Questions to Ask Muslims about the Bible, Part 2

« Questions to Ask Muslims about the Bible, Part 1 | Main | China: We Are Light And Salt »

Questions to Ask Muslims about the Bible, Part 2

The Quran teaches that the Injīl (the Arabic word literally means “Good News,” and Muslims use this to refer to the New Testament) and the Tawrāh (this means “law” and often refers to the Pentateuch and sometimes to the Old Testament) are the words of God,[1] that both are the authoritative books of God,[2] they are enlightenment from God for humankind[3] and that the authors of these books were inspired by God himself.[4] In spite of this high view of the Bible within the Quranic texts, Muslims during Muhammad’s time claimed the Bible was corrupted. They reinterpreted those verses to refer to the “true” Bible before Muhammad.

Is what they say correct? Here are three reasons why it is not. 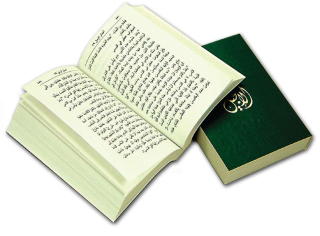 Why would Allah ask Christians and Jews during Muhammad’s the time to observe and follow a corrupted book whose true original doesn’t exist anymore? This would be an impossible task. This can only mean that the Bible which existed in the time of Muhammad was the correct (uncorrupted) Bible. Today, we know without a doubt what the Bible that existed among Arabs during the seventh century looked like. We also have many Greek manuscripts that predate Muhammad and others in Arabic from around the seventh century.

Second, if the Bible was corrupted, how would Allah command Muhammad in Surah 10:93-94 to ask Christians and Jews if he is in doubt of the revelation he received? Again, this can only mean that the Bible that existed in the time of Muhammad was the correct word of God. Otherwise, Allah should’ve asked Muhammad not to ask the people of the Book because their book is corrupted, which Allah never did.

Finally, Surah 2:89 reads “And when there comes to them a Book from Allah, confirming what is with them…”,[7] [emphasis mine] the present tense “is with them” used by the author means that at the time of the revelation of the Quran, Jews and Christians had the true Bible. Otherwise, Allah would not have confirmed a corrupted book. Instead, he would have used the past tense “was with them”.[8] How can Muslims claim that the Bible was corrupted when even Allah confirmed its authenticity at the time of Muhammad?

These three questions are a good starting point for conversations with Muslims. After their traditional misunderstandings of the truthfulness of the Bible are cleared up, they are more willing to listen to what we have to say about our faith. From there we can share the Gospel of Jesus Christ, in which “having been justified by faith, we have peace with God through our Lord Jesus Christ” (Romans 5:1, NASB) with them. However, the next questions are often questions about the manuscripts and transmission of the Bible. At that point, you better be ready to “give an account for the hope that is in you” (1 Peter 3:15, NASB).

The author of this post, whose name is withheld for security reasons, is working toward his Ph.D. in Islamic Studies.

[5] I have used The Study Qur’an translation throughout this article, unless otherwise noted.

[8] Some English translations of the Qur’an translate the Arabic verb (maʿhom) in the past tense rather than present, even that in Arabic it is a present test.

Posted by VOM_MediaDev on September 02, 2016 at 12:50 PM in education, Islam, Reaching Muslims for Christ | Permalink