Persecution Blog: Questions to Ask Muslims about the Bible, Part 1

Questions to Ask Muslims about the Bible, Part 1

During my ministry to Muslims, I found that Biblical inerrancy is a frequently raised subject. It is also one of the biggest stumbling blocks that a Muslim must overcome before they are ready to hear the Gospel. Most Muslims believe that the Bible has been changed and corrupted.

The argument that today’s Bible is not the same Bible that “God revealed to Christ”[1] is mainly based on later interpretations of eleven verses in the Quran and on some ḥadīths, and because the Muslims’ understanding of the Quran is the base of such a claim, and the fact that Muslims often refer to the Quran to support this argumentation, I often use the Quran itself to try to prove that the Bible is inerrant. 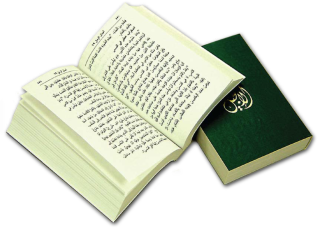 When discussing the inerrancy of the Bible, remember three things.

1) This discussion does not replace the Gospel and is not the end goal of a discussion. Instead, this is one among several points that one might use in order to build a more complete argument for the inerrancy of the Bible to a Muslim friend.

2) Many Christians argue against using the Quran in dialogues with Muslims, as this might give authority to the Quran that it does not have. This would only be a valid objection if Christians compromised on Biblical truth by using the Quran. Instead, we try to “employ the language [and theology] of the Quran, which Muslims considered the apogee of divine revelation, to articulate a Christian worldview”.[2] We do not claim the Quran has any authority in our lives as Christians, but as we present Biblical truth to an unbeliever, we appeal first to what Muslims consider their highest authority.

3) When in dialogue with Muslims, our attitude should always be one of respect. We should always remember that the goal is not to win an argument or prove someone wrong, but instead to communicate the Gospel and to bring them to realize what God did for them on the cross. All should be done in the spirit of love, remembering that the servant of the Lord must be “kind to all, able to teach” (2 Tim 2:24, NASB).

The author of this post, whose name is withheld for security reasons, is working toward his Ph.D. in Islamic Studies.

[2] J. Scott Bridger, Christian Exegesis of the Qurʼān: A Critical Analysis of the Apologetic Use of the Qurʼan in Select Medieval and Contemporary Arabic Texts (Eugene, OR: Pickwick, 2015), 11.