The Voice of the Martyrs recently sponsored 12 conferences in eight regions in Niger, giving 120 churches training and resources to respond to persecution and spread the gospel. 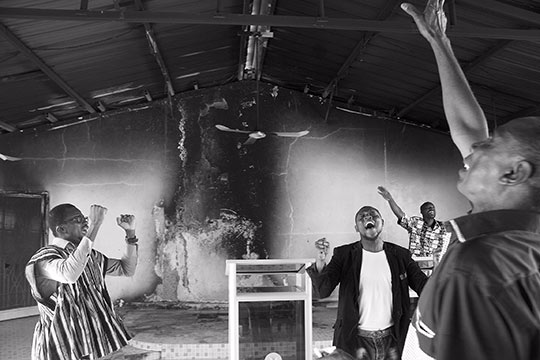 Niger, which is 94 percent Muslim and less than 1 percent Christian, has recently seen an increase in persecution. The conferences, part of a church mobilization program, were conducted in June and addressed equipping church leaders to face persecution, women’s discipleship, strategies for church leadership and ministry, training trainers on story telling for evangelism, educating Christian youth on how to live as Christ followers in an Islamic society, and how to develop discipleship curriculum for local churches.

The conferences took place in Agadez, Diffa, Dosso, Maradi, Niamey, Tahoua, Tillabéri and Zinder. In Zinder, the first city attacked January 16 and 17, 2015, 66 pastors and their wives traveled more than 600 miles to attend the conferences.

On Jan. 16, following the publication of a cartoon on the cover of a satirical French magazine that depicted the Prophet Muhammad crying, Muslim protests erupted in French-speaking Niger. Ten people were killed, more than 170 were injured and more than 70 churches were destroyed, along with several Christian schools and organizations.

Following the June conferences, attendees said the conferences had a positive influence on them. Many shared that the training will improve their church planting and evangelism efforts, as well as how they respond to further persecution. The conferences helped them better understand how to be the church in an Islamic country.

Some conferences were delayed by everything from presidential elections to attacks by Islamic terrorist group Boko Haram. Event organizers also overcame issues of security and transportation to ensure the conferences took place.

In Niger, VOM has provided transportation to pastors and aid distribution to churches. We also assisted pastors and churches affected by the January 2015 attacks by providing emergency aid and replacing motorcycles for pastors and church equipment lost in fires.

You can support training for pastors and other Christian workers on the front-lines of some of the most difficult nations on earth.

This story first appeared on www.Persecution.com.