« Against All Odds: Amazing Tenacity | Main | Muslim Refugees are a Gospel Opportunity »

During my days as a reporter for a small daily newspaper, people who had been featured in the paper would often stop by to pick up extra copies. They wanted to send them to family or friends, or cut out their story to display on their refrigerator. Some would even frame it.

Seeing their name, story and photo included among the day’s top news and feature stories was a validating experience. They felt, maybe for the first time, that their story mattered.

In January, a field worker and I traveled to Bangladesh to collect new stories to share with our readers across the United States. During the trip, we met “Fani” Bitan, 44, a pastor living in northern Bangladesh. That night, he sat in a plastic chair across from us and, in front of a room full of other pastors sitting on a dirt floor, shared the story of the persecution he had experienced. 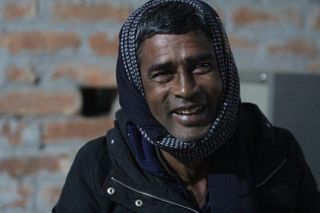 In our American context, his story was remarkable. It included him being shut off from the Muslim society and suffering multiple beatings. In the context of the other pastors in the room, it was somewhat ordinary. In fact, he started his story by saying, “As a believer of Christ, we have to go through lots of persecution every single day.” In Bangladesh, pastors often receive death threats and have been attacked conducting VOM projects for persecuted believers.

As I listened, I waited for something that made his story stand apart from the rest – those details that were unique to him.

Suddenly, his eyes grew big. He remembered something. He put his hands in his right pants pocket and pulled out some crumpled pieces of paper. Under the room’s single light bulb, he handed them to me.

I unfolded the papers to discover copies of newspaper articles. Although I couldn’t read Bangla, I knew why he was excited.

His story was print-worthy.

The articles discussed a Top 10 list created by the Islamic extremist group Jamaat-e-Islami Bangladesh. The list ranked the most-wanted Christians in the region – those who were working among Muslims.

Fani was No. 8 on the list for living a bold Christian life, sharing the gospel and baptizing former Muslims.

“Oh my goodness, I saw this news on TV, but I didn’t know he was one of them,” our translator said after Fani explained what he had just handed me.

Fani’s inclusion on the list didn’t bother him. He was actually thrilled to see his name in the paper.

“I am very happy because my name is on the list,” he said. “How many people can get their name on the list?”

I then asked him if he was worried since his name – and Christian faith – were now in print, for potentially thousands of Muslims to see.

One of our many goals at The Voice of the Martyrs is to tell the stories of our persecuted brothers and sisters standing firm in their faith in the 68 countries where we serve. And they are not spiritual superheroes. They are regular believers, like you and I, who, after remaining faithful, were empowered by the Holy Spirit to stay strong in their faith during persecution. The strength of their story is found in its ability to be shared as a testimony to God’s work in their lives.

Another goal of VOM’s is to inspire you, as part of the American church, to live a better faith story by hearing those of our persecuted family members. After reading how they’ve overcome fears to stand Christ, we hope you’ll be moved to do the same in your own unique circumstances.

Not all of us will experience the thrill of seeing our stories told in the pages of a newspaper. Thankfully, we don’t need that to happen to be known on a deeper level or to be remembered.

God already knows our stories intimately. He knew them before we were born (Psalm 139:16), and is recording the stories of those who look to him in a “Book of Remembrance” (Malachi 3:16). Your story matters to Him. What a validating thought.

In the meantime, we must allow Him to continue writing our stories while prayerfully and courageously following his lead. Then, when the time is right, we’ll be able to reach into our figurative pockets, pull out our testimony of his work in our lives and be able to share it with others, printed or not.

Darren Sanders is a writer on staff with VOM. He learned about VOM as a teenager after reading Jesus Freaks and began receiving the newsletter. He continues to be inspired by those living out their faith despite persecution.