Seeing Beyond Suffering to Resurrection and Glorification

“When He, the Spirit of truth, has come, He will guide you into all truth. … He will glorify Me. …”

As we approach Good Friday again, let us, who complain about many things, remember how much Jesus endured and how He took suffering. 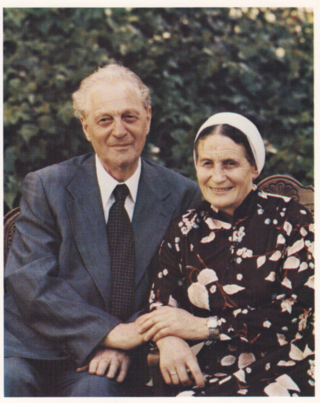 He entered this world in utter poverty, born in a dark cave fit only for beasts and cradled in a manger. Within months, Herod tried to kill Him. Immediately thereafter, for an unknown period, He was a stranger in a strange land. All His brothers refused to accept Him or acknowledge who He was. In fact, for 30 years He was ignored: “He came to His own, and His own did not receive Him” (John 1:11).

When He went forth teaching and preaching, His words were warped and twisted to mean the opposite of what He intended. More often than not, His words and actions were met with ingratitude. His good deeds were misapprehended, even maligned. He knew loneliness and sorrow; even His closest friends were insensitive to His needs. He was betrayed with a kiss for a paltry sum….

In His hour of trial, all His close friends forsook Him and fled. Of the three closest, one denied Him vehemently. Condemned to a cruel, agonizing death, He felt deserted even by His Father in heaven. He who came as Savior of the world was mocked and derided for being “unable” to save Himself.

Nevertheless, “He opened not His mouth.” He endured to the end, knowing that beyond the cross and the tomb lay victory.  Through the Spirit of truth, God would glorify Him. Good Friday was followed inevitably by Easter, death by the Resurrection.

Christians who suffer in prisons nurture the same blessed hope. We commend to you, in all your difficulties, the faith that sees beyond suffering to resurrection and glorification.

(Excerpted and edited from the April 1982 VOM newsletter)

About Richard and Sabina Wurmbrand

When communists seized power in Romania and began to control or eliminate Christian activities, Pastor Richard Wurmbrand and his wife, Sabina, chose to continue their work as part of the underground church, meeting in the woods, in caves and in other secret locations. Both Richard and Sabina paid dearly for their evangelistic work. Richard served a total of 14 years in prison, enduring severe mental and physical torture, and Sabina was forced into slave labor for several years on the Danube Canal. In December 1965, Christian organizations paid the Romanian government a $10,000 ransom in order to get Richard and Sabina out of the country. Just under two years later, they started the ministry of The Voice of the Martyrs with $100 and an old typewriter. Pastor Wurmbrand’s testimony is told in his acclaimed book Tortured for Christ, which is available from The Voice of the Martyrs.