Seeing news images of President Obama doing “the wave” at a baseball game in Cuba, it would be easy to think that this small communist country is now completely free and open to the gospel of Christ. 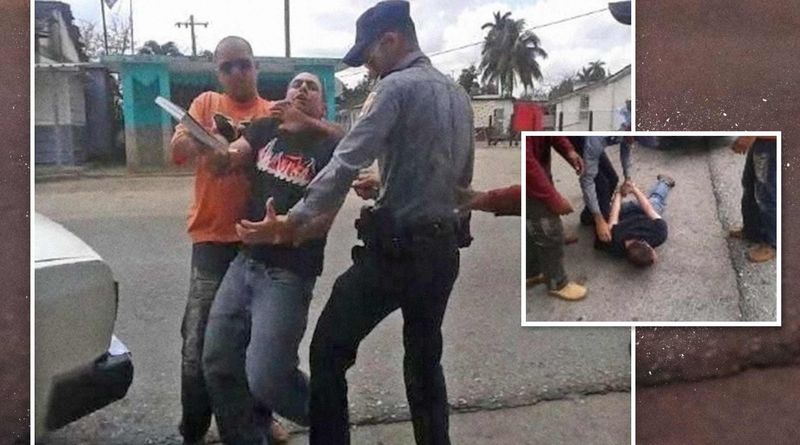 But while President Obama was watching baseball, Pastor Mario Felix Lleonart Barroso was sitting in a police station. Barroso, a Baptist pastor, blogger and friend of VOM, was thrown to the ground, handcuffed and detained at his home (which also serves as his church) just hours before Air Force One landed in Havana. A few hours after the president left Cuba, Pastor Barroso was set free and returned to his family. He was tired and weak, having fasted throughout his detention, but happy to be home.

Pastor Barroso is a bold pastor and outspoken advocate for religious freedom in his nation, and as such he is seen as a threat to the communist government of Fidel and Raul Castro. The Cuban government decided to make sure there would be no “distractions” during President Obama’s visit, so Barroso and dozens of other dissidents were detained by police in the days leading up to the president’s arrival.

Pastor Barroso’s name is already familiar to many American Christians who have committed to pray each week for persecuted believers at iCommitToPray.com. More than 400 people in 27 nations have already prayed for the pastor and his wife, who was threatened with imprisonment in 2014.

Each week, VOM posts a specific prayer request on iCommitToPray.com and invites Christians around the world to join in prayer for that request and to type their prayers on the website. Other believers — even believers in hostile and restricted nations — can then be blessed by and join in agreement with those prayers.

Please pray for Pastor Barroso and his wife, Yoaxis, as the pastor recovers from his recent detention.

Sign up on iCommitToPray.com to receive a new prayer request like this one via email each week.