« VOM Radio: Best Moments of 2015 | Main | Encouraging Children in the Face of Suffering »

When I think of Nigeria, there are a number of things that run through my mind. The news we hear is often tragic stories of Christian persecution, but I wanted to introduce you to some of the beautiful faces of a group of twenty-five widows whose lives are being restored. 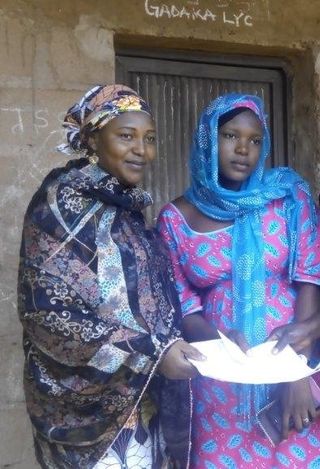 From Christian areas in Yobe state, every woman in the group suffered significant losses as a result of the ISIS-affiliated Nigerian terrorist group Boko Haram. While the women were given immediate support through their churches, they lacked a long-term plan for supporting their families.

“Life has not been easy,” Mary Philips, one of the widows explained, “we are seriously passing through hard times. Our children need to go to school, they need to have the basic needs for living.”

Thus, VOM decided to come alongside them by providing funds and training for the women to start microbusinesses. Only 25 were admitted to the program, and they first had to be referred by someone who believes they are trustworthy as well as capable.

A small business selling food, jewelry or other items will allow these women to provide for their families instead of depending on others. During the training seminar, they learned important aspects of starting a business venture, money management and success strategies.

At the end of the training, each of the women was given a contract to sign stating that she agrees to accept the grant equivalent to approximately $500 to be used for a business and that she will provide quarterly progress reports to the program’s coordinator.

“The Lord has come to our rescue,” Mary said. The women shared similar expressions of gratitude for the opportunity to start their own businesses, and appreciation that others were standing by them during a time of need. Mary says that she believes that “things will turn around in our homes” as a result.

Editor's note: You can support VOM's ministry to widows like these in Nigeria by giving online to the Families of Martyrs Fund.