Persecution Blog: No Guarantees for Refugees

No Guarantees for Refugees 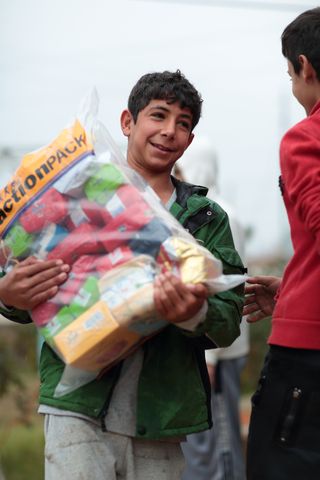 Are you tired of stories about Syrian refugees? It’s been all over the news since Paris was attacked and around 130 people were killed in three separately coordinated attacks.

Our Christian brothers and sisters in places like Iraq and Syria face extraordinary dangers every day. There are strongly-worded articles both for and against allowing refugees to resettle in the United States. On one side, we argue for compassion and love. On the other, we argue for our safety.

So what should we do? As a starting point, it is helpful to be aware as one can about what Christians in the Middle East and other parts of the world face. Just as the attacks by ISIS terrified people in Paris, so too are people facing Islamic extremists around the world. No one is really safe, and it is God who measures out our days.

Additionally, keep in mind that we can still help Muslims, Yezidis and other refugees seeking safety (here or in other countries). If you are compelled to offer immediate assistance, there are a number of things that you can do to reach out to Christians facing Islamic extremists and to share the love of Christ with those who are suffering. VOM is sending Action Packs as well as Outreach Packs to places where Iraqi and Syrian refugees have many needs.  For Christians, it is to know that they are not forgotten. For Muslims, it is to know that God really does love them.