Persecution Blog: "Any Christian is Worth a Bullet"

"Any Christian is Worth a Bullet"

Earlier this year, I traveled to meet with Syrian refugees in Lebanon. The national crisis facing Lebanon is noteworthy. A country long known for its hospitable people, towering cedars and beautiful shores has been flooded by Syrians who have been displaced by the spread of Islamic extremists and government troops.

I traveled from Beirut into the interior of Lebanon, to a wide valley dotted with camps established by the United Nations and various aid organizations. The survivors who occupy these refugee centers stand in long lines to receive the basic necessities of life. They live in tents, lean-to shelters and even concrete factories. I met with a family of five occupying a single room, with a closet-sized adjoining room where they cooked over an open flame. 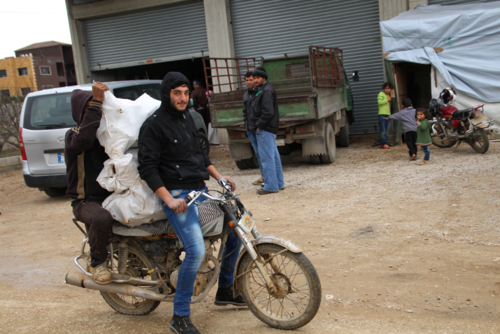 One family looked particularly “shell-shocked” and distressed. As we began to talk, I learned that the day before my interview with this Syrian Christian family, ISIS came into their former village and killed four men and two women, including their 28-year-old niece. Reportedly, she desperately struggled with the insurgents, refusing to go with them. Finally, they slit her throat and left her in the street.

Understandably, this family refused to be interviewed on camera, or even to have their voices recorded. They were reared under a Syrian regime of terror and now they live in fear of ISIS. It is hard for us to comprehend how deeply traumatized many of these families are.

I also met with a former Syrian military officer. Years ago, he was sent abroad to study for his military specialty. While completing his training overseas, he became a Christian. Immediately upon his return to Damascus he was rejected by his Muslim family.

He reported that he has endured many trials, but that they have been "beautiful trials." He also said, as so many have said before him, that "Jesus has been with me every day.” Because of his unique situation, he had the opportunity to immigrate to a European country but he chose to stay and to minister instead. He chose to be a light in the darkness of this overwhelming crisis.

He highlighted the distinctive shift in the challenges that Syrian Christians face. Formerly, Syrian Christians were threatened by the government. He shared that years ago he experienced intense struggles with Syrian police but noted that they would not kill him because of the government structure that was in place. Now, he said, with ISIS in control "any Christian is worth a bullet."

What compels Christians to stay and continue to minister in these types of situations?  It is only by God’s grace, and they will be the first to admit that. But their examples challenge us to look at our own posture toward those who are displaced. How is God calling us to respond to the refugee crisis?  Are we willing to minister to our family members who continue to suffer because of Islamic extremists, even if it costs us something…or maybe everything? Are we willing to reach out to those who have been admitted into our own countries, or will we be the next stop on a long journey of painful rejections that they have already experienced?

Dr. Jason Peters serves as Associate Vice President of Connection for The Voice of the Martyrs and travels frequently to meet with our persecuted sisters and brothers. He has ministered in 40 countries, as diverse as Iraq, Cuba, Nepal, Egypt, Saudi Arabia, Burma, Colombia, Sri Lanka, Kyrgyzstan, Indonesia and Nigeria. Jason ministered as a military chaplain for more than 18 years, with assignments at the Pentagon, the US Air Force Academy and as a faculty member of the Air Force Chaplain Corps College, where he directed Crisis and Trauma training. Jason and his wife Kimberly lived overseas for several years, where two of their five children were born.