It is the fourth week of Ramadan, and Muslims around the world are fasting and praying. Muslims are required to cease eating and drinking from dawn until dusk. Only those who are traveling or who are sick are exempt from the requirement of fasting during this time. 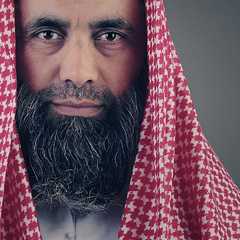 Recently, the Syrian Observatory for Human Rights reported that Islamic State militants tied up two young Syrian boys to a cross for eating during the time of religious fasting for Ramadan. Described as children under the age of 18, the two were suspended by their wrists from a pole shortly before noon and left there until evening. A placard on their chest declared that the two had eaten without “religious justification.”

My nine-year-old nephew is always voraciously hungry when he comes home from school. When his mom picks him up for a ten-minute ride, he often asks if she brought anything for him to drink or eat. There are times when dinner is nearly ready, but he just can’t wait and sneaks a snack. As punishment, he might get yelled at or even sent to his room. However, to tie him by the wrists to a pole and leave him there for hours is horrifying.

Many Syrians have been left without water for weeks. Prices have skyrocketed, and parents are not able to provide food or even basic medicine for their children. Shouldn’t malnourished children be exempt from the requirement of fasting?

Muslims who are seeing such horrors carried out are becoming increasingly disillusioned with Islam. Recently, Operation Mobilization’s "Julian" told VOM workers the story of a sheikh who got into a taxi and asked the driver if he knew where he could find a Bible. The sheikh, a Muslim leader, shared that he had been training soldiers in jihad in Syria, but he was tired of the killing and was now seeking a Bible. Fortunately, the taxi driver was a Christian and knew where they could find a Bible. Stories like this continue to pour out of the Arab world. Muslims are tired of the brutality and evil. They want peace.

For those of you who receive the monthly newsletter, you may have ordered the 30 Days of Prayer for the Muslim World booklet. During the second week of prayer for Muslims, you read the story of Abdul-Ahad, a sheikh who approached an East African missionary in a Somali refugee camp. After sharing how he had committed heinous acts of violence, he cried, “I need relief from that.”

As you continue to pray for Muslims, remember the extremists who have violently harmed men, women, and children, killed people, and trained others to kill. I am praying that these radicals will be disillusioned by Islam and seek out peace and forgiveness.