Persecution Blog: People of the Cross

People of the Cross

One of my favorite memories is of a trip to North Africa some time ago. It was on this particular trip that I had the opportunity to stay in a remote village and visit with the people who live there. I remember walking the dusty village streets and being captivated by the sights and sounds of village life. On occasion passing the local people and exchanging glances, and when appropriate a smile — that needed no translation, and was mutually understood by all. 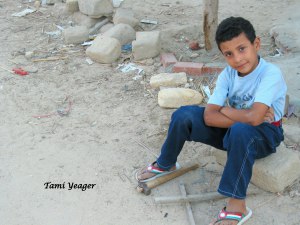 It was during one of those days that I came upon a young boy. He sat quietly beside the street building a wooden cross. Using two pieces of wood, a hammer, and some nails, he worked. The simple innocence he displayed as he constructed his cross spoke volumes to me. Surely he was aware that the symbolism of this cross could cost him? Living in an area hostile to Christians this symbol could cost not only him, but also his family. I believe he had counted the cost long before that day. The price one may pay for being in possession of a cross was not unfamiliar to him. Perhaps he was keenly aware of the cost associated with his cross.

For Mary Sameh George, a 25-year-old Christian girl from Cairo; the cross would cost her very life. In March of 2014 she was attacked and killed after pro-Muslim Brotherhood supporters noticed her gold cross necklace. Her fiancé's mother was so overcome with grief that she died shortly after learning of Mary's brutal death.

I am reminded that the cross is much weightier then a verse in a song I sing, or design on a shirt I wear. For a follower of Jesus Christ it is a literal exchange.

24 Then Jesus said to His disciples, “If anyone wishes to come after Me, he must deny himself, and take up his cross and follow Me. 25 For whoever wishes to save his life will lose it; but whoever loses his life for My sake will find it. - Matthew 16:24-25 (NASB)

This past February, Libyan Islamic State (IS) militants released video footage of the martyrdom of Coptic Christian men in Libya. The footage of their martyrdom included a caption that read — “The people of the cross, followers of the hostile Egyptian church.” The 21 men who knelt before their persecutors were identified as 'people of the cross', and asked to deny their faith or die. Many of the men are seen uttering their final words on this earth — "Lord Jesus Christ."

While it was reported that all of the men where Coptic Christians from poor villages in Upper Egypt; it was later discovered that this wasn't the case. One of the men martyred that day was identified as Mathew Ayairga; a young man from Chad. He is believed to not have been a Christian before kneeling in the sand beside the 'people of the cross.' Witnessing the courage and faith of the Egyptian Christians he also chose to follow Jesus.  Mere moments before Matthew was executed, His executors are seen asking "Do you reject Christ?" His reply was "Their God is my God." Matthew joined his brothers that day — and laid his life down alongside them. He and the other 20 men joined the ranks of those of whom the world is not worthy. I can only imagine the reception they received as they stepped out of their earthly bodies and took in their first breath of heaven.

The martyrdom of these 21 men by IS sparked the Bible Society of Egypt's biggest campaign ever. A Bible tract was created and sent to print within 36 hours following their public executions. Titled "Two Rows by the Sea," it carries a message of hope, comfort, and forgiveness for both Christians and Muslims alike. The Bible tract has been widely received in Egypt with 1.6 million copies distributed.

The vivid video footage depicting the killing of the 21 men did not spark division amongst Egypt's 10 million Christians and 73 million Muslims. Quite the contrary. The declarations of faith uttered by the men only moments before their death; have created fertile soil for conversation between Muslims and Christians. A brother of two of the Christian men martyred that day went on live television to thank IS for including their faith filled words in the media released to the world.

Evil can inflict pain, suffering and temporal death upon Christians. But it can never kill their stories. The testimonies of Martyrs echo through the halls of history. Their music can't be silenced. Songs of love, faith, courage, and forgiveness. Sounds that can be heard in the surrender brought about by the blood of the martyrs. Its melody piercing the most calloused of hearts. Moving it's listeners to their knees, and leading them to the cross. There is a beautiful finale to the persecution of Christians —this is the other side of Martyrdom.

Then a white robe was given to each of them. And they were told to rest a little longer until the full number of their brothers and sisters--their fellow servants of Jesus who were to be martyred--had joined them. - Revelations 6:11 (NLT)

Tami Yeager was first introduced to the ministry of VOM through a newsletter she was handed in 2003. As she began to read the stories shared within those pages she was confronted with a reality that did not fit into the package she had unknowingly wrapped her knowledge of God in. As she began to learn of the suffering of Christians around the world a desire grew to serve them. Today she serves as volunteer Community Coordinator in the VOMVoice ministry.