Persecution Blog: He Has Joined a Great Assembly

He Has Joined a Great Assembly

James Chalmers was a carefree, high-spirited Scottish boy. “I dearly loved adventure,” he later said, “and a dangerous position was exhilarating.” Perhaps that’s why he listened carefully one Sunday when his minister read a letter from missionaries in Fiji. The preacher, tears in his eyes, added, “I wonder if there is a boy here who will, by and by, bring the gospel to the cannibals.” Young James said quietly, “I will!”—and he wasn’t even yet converted. 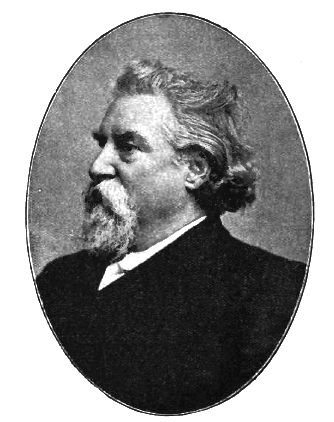 In 1866, having been converted and trained, he sailed for the South Pacific as a Presbyterian missionary. Chalmers had a way with people. “It was in his presence, his carriage, his eye, his voice,” a friend wrote. “There was something almost hypnotic about him. His perfect composure, his judgement and tact and fearlessness brought him through a hundred difficulties.” Robert Louis Stevenson, who didn’t like missionaries until he met Chalmers, said, “He is a rowdy, but he is a hero. You can’t weary me of that fellow. He took me fairly by storm.”

In 1877 Chalmers sailed on to New Guinea. His ministry was successful there. Packed churches replaced feasts of human flesh. But as the years passed he grew lonely. He was delighted when young Oliver Tomkins came to join him in 1901. The two men decided to explore a new part of the islands, and on Easter Sunday they sailed alongside a new village. The next morning, April 8, 1901, Chalmers and Tomkins went ashore. They were never seen again. A rescue party soon learned that the men had been clubbed to death, chopped to pieces, cooked and eaten.

News flashed around the world. “I cannot believe it!” exclaimed Dr. Joseph Parker from the pulpit of London’s famous City Temple. “I do not want to believe it! Such a mystery of Providence makes it hard for our strained faith to recover. Yet Jesus was murdered. When I think of that side of the case, I cannot but feel that our honored and noble-minded friend has joined a great assembly.”

Story excerpted from “On This Day in Christian History: 365 Amazing and Inspiring Stories about Saints, Martyrs and Heroes” by Robert J. Morgan. (Disclosure: VOM is part of the Amazon Associates program. If you click on the link above and purchase the book from Amazon, VOM will receive a very small percentage of your purchase as a referral fee.)