The son of a Cuban pastor was detained recently, while he was completing his mandatory military service. Gabriel Leyva was accused of anti-government activities. VOM spoke with his father. 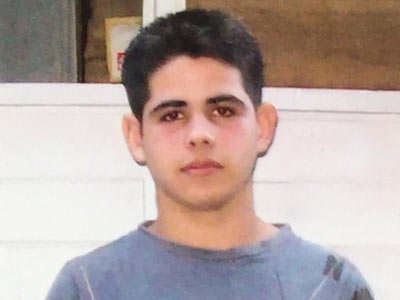 Q: Why was your son arrested?
A: For disobedience to the laws of the country.

Q: What did they say he wrote on the blackboard at his school?
A: Things against the government.

Q: Like what?
A: Down with Raul, Down with Fidel.

Q: What have the authorities told you about your son?
A: He can go to prison for three months to a year.

Q: How have you and your wife been? How are you feeling?
A: We are praying. All we can do is pray.

Q: How are things at the church that you pastor?
A: Everything is fine. They are praying. We shared what happened to our son.

Q: How long have you been in ministry?
A: I’ve served for 16 years as a pastor and as a missionary for five years.

Q: How is your son’s faith?
A: This test is helping him become firmer in his faith in God.

Q: How much longer in his military service did he have?
A: Only four months.

Q: How often did he visit home?
A: About once a month he came home, but we were also going to [the military base] to visit him.

Q: What kind of sentence is the military court judge likely to hand down?
A: We believe he’ll be given the minimum. He’s being held in a cell with 21 other prisoners.

Q: Last question: What should we pray for?
A: Ask that God will help him, that we’ll be given a miracle and that he’ll get out soon.

Posted by The Voice of the Martyrs on February 25, 2015 at 01:00 PM in Christian News, Christian Persecution | Permalink