« Bangladesh: Extreme Assassin | Main | The Driver Who Became Our Brother »

The Shadows of Persecution

As I recently watched and listened to the news of the attack and subsequent slaying of those in the office of French magazine Charlie Hebdo, I found my thoughts immediately drawn to a comparable, yet very different story.  Both stories share the similarity of bloodshed at the hands of adherents to radical Islam. Each story is painfully tragic. I wondered if any of those slain in France had met their attackers before that fateful day. I thought of the life and deaths of Necati Aydin, Ugur Yuksel and Tilmann Geske, who were murdered in their office at Zirve Publishing in Malatya, Turkey on April 18, 2007. Those who were responsible for the murders of Necati, Ugur, and Tilman weren’t all strangers to these men or their families. To the contrary, one of the murderers had sought Necati out earlier, pretending to be interested in his Christian faith. As described in the book Faithful Until Death, written by Wolfgang Haede, Necati was suspicious of this young man from the beginning. He and his wife Semse discussed this, and concluded that in spite of the young man’s motives, a meeting would still offer an opportunity to share the message of Jesus with him. Later Semse would refer to those who were responsible for the murders of her husband, Ugur, and Tilman as “their Judas.”

Necati Aydin, Ugur Yuksel, and Tilmann Geske didn’t have their lives taken from them, they gave them away, not unlike the Jesus they’d hoped to introduce to the five men who betrayed and murdered them that morning. Instead they were ushered into the heaven where they’ve now joined those robed in white, as they await the full number of their fellow servants.

11 Then each of them was given a white robe, and they were told to wait a little longer, until the full number of their fellow servants, their brothers and sisters, were killed just as they had been.- Revelations 6:11

Following the killings in France I wondered how this news would affect those who live boldly in the shadows of persecution. Women like Semse Aydin and Susanne Geske. Both of them  suffered great losses yet each found it in their  hearts to publically forgive those responsible for the deaths of those they love. Would the images and commentaries being shared on virtually every media outlet bring vivid memories to the forefront of their minds? Would pain that lay gently beneath the surface be visible to them once again? More importantly, I wondered if those who live in the shadows of persecution like Semse and Susanne know they are not forgotten? Do they know they are not alone, that we remember them and are praying for them? While it’s true that God is faithful to those with broken hearts, it is equally true that a broken heart hurts. I am convinced that those who’ve lost 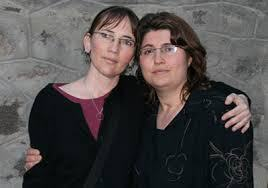 their loved ones because of their faithful testimony are also those of whom the world is not worthy. When we remember, encourage, and pray for those who suffer for their Christian faith, let us not forget the living witnesses amongst us.

“It was not easy for me to say that I forgive the killers.” Semse said later at the memorial service. “To be honest, my heart is broken and my life feels shattered. I really loved Necati. He was the love of my life, my closest friend. But there is no one I love more than Jesus. Only because of this, I can bear it.” – Semse Aydin from Faithful Until Death.

Editor's note: Semse Aydin has spoken at several VOM Regional Conferences, and will be speaking at more this year. Watch www.VOMMeetings.com for regional conferences near you and those where Semse will speak.

Tami Yeager was first introduced to the ministry of VOM through a newsletter she was handed in 2003. As she began to read the stories shared within those pages she was confronted with a reality that did not fit into the package she had unknowingly wrapped her knowledge of God in. As she began to learn of the suffering of Christians around the world a desire grew to serve them. Today she serves as volunteer Community Coordinator in the Be A Voice ministry of VOM.