Finding Hope in the Darkness

Hope is birthed out of some of the most surprising of places.

If you have been a Christian for even a small amount of time, you have heard the biblical Christmas story many times. We sing peaceful songs like Silent Night and Away in a Manger. You can feel the magic of Christmas when the lights are hung on the tree and the smell of cider is in the air. The reality is though, the first Christmas probably didn’t appear very peaceful or magical to those who lived in that time. Surely most of us are even aware of the absurdity of the King of Kings being born in a stable, of the strangeness of a manger instead of a cradle. 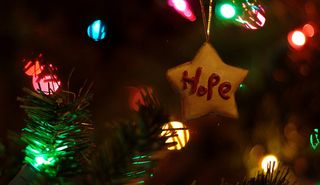 But sometimes we forget the violence that also surrounded the first Christmas. The people of Israel were living under the cruel oppression of Rome. After King Herod couldn’t find this rumored Christ child he declared all children under the age of two to be executed. Children executed (Matthew 2:16-18). Joseph spent his first few years as a father, fleeing to another country through a warning he received in a dream that Herod was seeking to kill his son (Matthew 2:13-14).  Even those who associated with this young Jesus such as the wise men had to intentionally avoid the authorities (Matthew 2:12).

And in the midst of all this chaos, hope was born. Hope such as the world had never seen before.  The prophecy of Christ’s birth in Isaiah 9:2 says “The people walking in darkness have seen a great light; on those living in the land of the shadow of death, a light has dawned.”

This, I believe, is encouragement for us and for our persecuted brothers and sisters. A Syrian Christian, “Brother John” recently shared with a group of us, “Be careful what you pray for. We were praying for revival in Syria. Revival came through a war.” The Israelites also were praying for a deliverer, a Savior. Hope didn’t come in the way they were expecting it.  Brother John also said to us, “The church here (in the US) might have a blurry picture of what is happening in Syria, not seeing clearly the kingdom of God. You need to know that tens of thousands of Muslims are coming to know Jesus during this war.” People living in death are seeing the light. There is hope in Syria.

God’s eternal plan is never intimidated or thwarted by the world’s worst wars, evil dictators, tragedy or persecution. We see this in all of the restricted and hostile nations that we work in. Christ’s church is growing and is beautiful, it is brave and strong.

Today when we think of the Christmas story, we seldom think of the hundreds of children murdered or the fleeing in the night to Egypt; we think of hope.  Christmas then, can be a permanent reminder that no matter how dark the circumstances are, there is still hope and God will have His Kingdom advance. It is as certain today as it was in the stable some over 2000 years ago that Jesus is the hope of all nations.