« A New Voice for Our Persecuted Family | Main | Iran Official: Evangelism Not Allowed »

For decades, The Voice of the Martyrs has launched balloons printed with the Scriptures into North Korea. In recent years we’ve even been able to attach entire New Testaments to balloons, and to track their flight and delivery via GPS signals. In this way we know we have landed New Testaments into the capital region of Pyongyang. 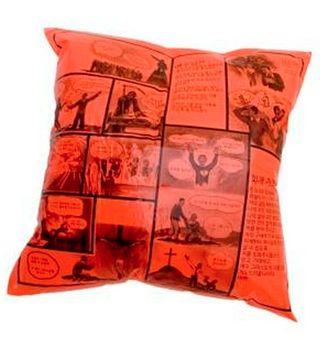 While many American Christians are fascinated by this creative gospel distribution, the North Korean government is NOT a fan. Last week North Korean soldiers fired on balloons launched by human rights activists in South Korea, and South Korean troops returned fire across the border.

The balloons launched on that particular day were NOT a part of VOM’s balloon project; reportedly they contained pro-democracy messages and other items rather than Scriptures or Christian materials.

VOM contacts working in South Korea said that the reason for gunfire in this case is that the North Koreans took particular exception to launching balloons on Friday, which was the anniversary of the founding of North Korea’s “Workers Party,” which rules the country. This is a national holiday in North Korea.

North Korea—famous for its bluster in talking about its enemies—called the launching of the leaflet balloons “little short of a declaration of war,” and promised that “the provokers will be wholly accountable for it.”

South Korea’s government says it cannot stop the balloon launches because of its constitutional guarantee of freedom of speech.

Please continue to pray for VOM efforts to launch balloons into North Korea, and especially for the safety of our contacts who are undertaking this work.

Read how North Korea controls and uses its “churches.”