Persecution Blog: Will You Commit to Pray?

« Repost: Making Muslim Converts or Pointing Toward Jesus? | Main | Are You N? »

Will You Commit to Pray?

Many American churches have abandoned the practice of "Prayer Meetings," weekly gatherings of believers to seek the Lord and lift up the needs of their congregation and the world. But prayer meetings to lift up persecuted Christians are still happening every week among believers from all over the world—online.

It has been almost a year since VOM launched www.iCommitToPray.com, an online prayer meeting on behalf of persecuted believers around the world. Each week a new request is posted for a Christian in a hostile or restricted nation, and readers are invited to post their prayer for that need.

New visitors are called to pray, and encouraged by the prayers they see on the site that have already been offered up for this need. The site is also accessible INSIDE these hostile and restricted nations, so Christians there can log on and see the prayers being offered up on their behalf. This allows them to be encouraged as they see others praying for them, and it allows them to connect with and pray for believers facing persecution in other nations. 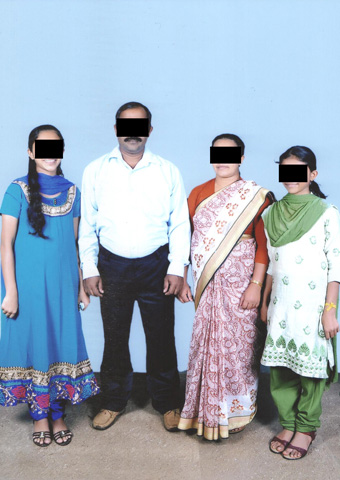 This week visitors are praying for "Kollol" and his family, Christians in India:

"Kollol" and his wife were attacked by 15 radical Hindus during a June 4 prayer meeting in their home. The couple were beaten and then dragged to a Hindu temple, where they were forced to undergo a ritual cleansing. The Hindus poured water on them to symbolize outward cleansing and put red powder on their foreheads to mark them as devout Hindus. When the Hindus force-fed the couple with food sacrificed to idols, Kollol's two teenage daughters protested. They were then beaten, too, and they were all later treated at a hospital. Community members evicted the family from the village, threatening to kill them if they return.

Will you join with more than 350 Christians in 30 nations in prayer for this family? Add your voice to the international online prayer meeting on their behalf at www.iCommitToPray.com.