Persecution Blog: "Why Persecutest Thou Me?"

"Why Persecutest Thou Me?"

“And he fell upon the earth, and heard a voice saying unto him, Saul, Saul, why persecutest thou me?” Acts 9:4 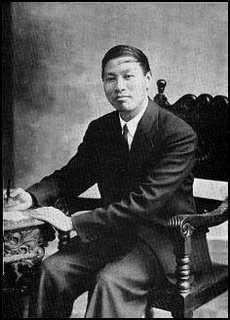 How can Saul, one earthly creature armed only with a letter from another, be said to “persecute” Jesus of Nazereth who sits at the Father’s right hand? The Lord did not say, “Why do you persecute my people?” Instead he asked, “Why do you persecute me?” Christ was certainly in the glory, but the Christ whom Saul persecuted was somehow also on earth.

This is of the greatest significance. Here at once, by implication, Saul of Tarsus is confronted with the Body of Christ—the Head and his members united in one. The oneness of the Body of Christ is not just a future reality in heaven. Were that so, we could only speak of his splendor. But he can be persecuted, so it is also present fact on earth. Indeed, it links heaven and earth, Head and members, with a unity that God demands shall find a real practical expression down here.

From: “The Joyful Heart: Daily Meditations” by Watchman Nee

Watchman Nee (倪柝声, Ni Tuosheng) (November 4, 1903 – May 30, 1972) was a church leader and Christian teacher who worked in China during the 20th century. In 1922, he initiated church meetings in Fuzhou that may be considered the beginning of the local churches. During his thirty years of ministry, Nee published many books expounding the Bible. He established churches throughout China and held many conferences to train Bible students and church workers. Following the Communist Revolution, Nee was persecuted and imprisoned for his faith and spent the last twenty years of his life in prison. (source: Wikipedia)