Nigeria Situation Getting Even Worse?

In my role as VOM’s media spokesperson, I’ve developed working relationships with many members of the media, particularly Christian media staffers who regularly share stories about our persecuted family. We often share information and stories back and forth, and bounce ideas off of each other.

So it wasn’t unusual to have an email from a Mission Network News anchor in my email box this week asking, “Have you heard anything about this?”

I clicked on the link, and almost couldn’t believe what I was reading. In the past two weeks, there have been four female suicide bombers deployed—reportedly by the radical Islamic group, Boko Haram—in Northern Nigeria. Three of them were successful in blowing themselves up. One of them was apprehended before she could explode the vest she was strapped into. She is 10 years old. 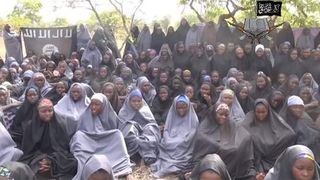 It is mind-boggling to me that anyone would willingly serve a god who would ask his followers to strap explosives onto 10 year old girls. But that wasn’t even the most disturbing part of the article.

The most disturbing thing was the speculation—unconfirmed at this point—that some of the suicide bombers may have been girls and young women kidnapped in recent months by Boko Haram, or that Boko Haram is actively training and planning to use kidnapped girls in this way.

The speculation raises so many questions: are the girls being indoctrinated so deeply into radical Islam that they willingly choose to offer their lives in this way? Are they being forced through threats or violence? Are they so distraught at their situation—there are reports of forced conversions and sexual abuse of Boko Haram captives–that they see blowing themselves up as the only means of escape? Do they see death as more desirable than continuing life in captivity?

There are also questions about how Nigeria’s government will respond. There are reports the government knows the general area where the kidnapped Chibok girls are being held, but considers a rescue operation too dangerous. If it is proven that kidnapped girls are being turned into suicide bombers, it demonstrates clearly the depths of evil to which Boko Haram is willing to go, and it may change the safety calculations dramatically. Rescuing kidnapped girls—even if it risks their lives—suddenly takes on new import as it may also save the lives of potential future bombing victims.

It seems that most secular Western media has moved on from the story of the Chibok girls. Perhaps the 15 minutes of fame for #BringBackOurGirls is ticking to an end. But the story is not over; it may be even getting more horrible.

In an earthly sense, we ask what we can do about this terrible tragedy. We can call our congressmen and senators and remind them of the case and tell them that we still care.

But in the spiritual realm there is a powerful weapon all of us can wield: prayer. The thought of kidnapped girls—some of them my Christian sisters—being forced to become human weapons drives me to my knees on their behalf. Lord God: rescue these captives! Give them strength and courage. Protect their hearts and spirits even as their bodies suffer. Give them strong minds and remind them of Your truths.

I invite you to join me in prayer for our sisters and for the entire nation of Nigeria.

The Voice of the Martyrs is providing help to several young women who were previously kidnapped by Boko Haram and later escaped. You can give online to support our work in Nigeria, which includes helping these girls.

Todd Nettleton has served with The Voice of the Martyrs for 16 years. He’s travelled to more than 20 restricted and hostile nations and interviewed hundreds of believers who’ve faced persecution for their Christian witness. As VOM’s principle media spokesperson, Todd has done more than 2,000 interviews with media outlets ranging from Moody Radio to the BBC and Los Angeles Times. He is the principle author of Restricted Nations: North Korea and was part of the writing team for four other VOM books.