Acts in the Real World

Recently one of my coworkers was in the Middle East to attend a conference for Syrian Christians. These conferences, which VOM sponsors, are designed to encourage and train Syrian Church leaders, who have been ministering in the midst of war for the past three years, in addition to the heavy persecution they face as gospel workers in a Muslim nation.

One evening several of the pastors and church leaders gathered in a group for a “breakout” discussion; the topic at hand was the story of Ananias from Acts 9. For these believers, some of whom live and minister in the city of Damascus in which the story took place, the discussion was both deeply personal and very current. 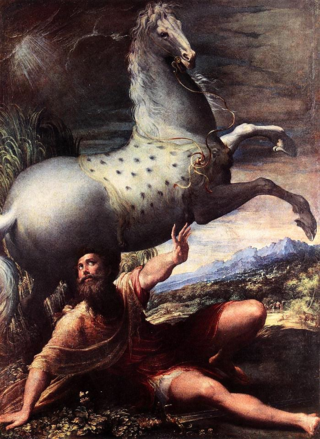 You remember the story: Saul was on his way to Damascus to hunt down Christ’s followers there and arrest them. Instead he encountered the very Christ he was persecuting and his life was changed forever. He goes into Damascus, his eyes blinded but his heart finally seeing clearly.

The Lord sends a messenger to meet, encourage and disciple this brand new believer: a man named Ananias. But it isn’t an assignment Ananias wants:

Then Ananias answered, “Lord, I have heard from many about this man, how much harm he has done to Your saints in Jerusalem. And here he has authority from the chief priests to bind all who call on Your name.” (Acts 9:13-14)

Ananias had heard of this Saul; he knew he was a threat to the church and a man to be avoided. If Saul were to find him, it might cost Ananias his freedom, or even his life!

Yet God said go and meet him, and Ananias set aside his fear and hesitation and answered the call of God.

As our Syrian brothers and sisters discussed this story, they translated it into their modern situation. What if a known radical Muslim member of ISIS or Al Nusra Front called up their church and said, “I’ve had an encounter with Christ. I need someone to come and bring me a Bible and help me learn more about Him”? How would they respond?

Around the table the discussion went, each person answering with honesty. “I would be very afraid,” some said. “How would I know if his conversion was real or if it was just a trap?”

They discussed the risks of working among radical Muslims; they discussed questions they might ask the caller to try to determine if his intentions were genuine or not.

And at the end, these bold believers came to a conclusion: Of course we would be afraid, but we have to be faithful to Christ. If we have opportunity to bear His love and witness for Him, we must go, even if it is dangerous; even if we are afraid.

Our prayer is that as they do God will take many more Sauls in Syria and turn them into Pauls who will carry His message to their nation and even to the broader world. Will you join in that prayer?

YOUR TURN: Has God ever lain on your heart to do something that, from your perspective, didn’t make any sense? Share your story in the comments to this post.

Todd Nettleton has served with The Voice of the Martyrs for 16 years. He’s travelled to more than 20 restricted and hostile nations and interviewed hundreds of believers who’ve faced persecution for their Christian witness. As VOM’s principle media spokesperson, Todd has done more than 2,000 interviews with media outlets ranging from Moody Radio to the BBC and Los Angeles Times. He is the principle author of Restricted Nations: North Korea and was part of the writing team for four other VOM books.