Go dig your own well!

On a recent trip to Nepal, I met Pastor “Gyan”, who VOM supports. Pastor Gyan was honored by all of the pastors in the area as a grandfather and hero in the faith. Nepal is made up almost entirely of first generation Christians, so a man of his age is seen as one of the first builders of the church in Nepal. We asked them how he built up the church. They told us that Pastor Gyan built his own well.

Gyan had grown up in a remote Hindu village. After he was saved and converted to Christianity, the radical Hindus in his village were furious.  All of the villagers shared one well where they got their water, so these Hindus stirred the people up to keep Gyan away from the well. They told him that as a Christian he would have to go and dig his own well. They hoped he would die of thirst. Eventually they drove him from the village, threatening his life if he returned. So Gyan did exactly as they said: he dug his own well, deep in the ground outside the village. He found clean water. 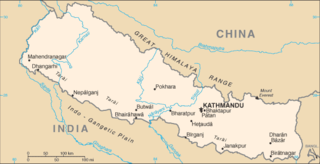 Some months later a severe drought came across the area and the well in the village dried up; the people thought their gods were angry with them and feared they would die of thirst. Gyan’s well did not dry up. When he saw the drought, he went back to the village he had been forced out of and invited villagers to come and drink from his well. Gyan was welcomed with open arms this time.

That same day, Gyan shared the gospel and many people in the village converted to Christianity. The first church in that area was born. Today Pastor Gyan has a thriving church, his son pastors another church and Gyan encourages the pastors in difficult areas facing persecution to stand strong.

When I heard this story I couldn’t help but think of the number of times we depend on the wrong ‘wells’ as our source. In the United States, where we are so blessed, it’s easy for us to depend on our finances, our jobs, even our relationships as our source. None of these things are bad, but ultimately we must know that Jesus alone offers us the living water that never dries up. And as Christians we are called, like Pastor Gyan, to share with people the source of this water, because eventually they will find their well, literal or figurative, has dried up.

Please pray believers in Nepal, like Pastor Gyan, would always know God’s faithfulness and provision, even during very difficult seasons.