“What’s wrong with you people?”

I am borrowing a phrase from Glenn Penner to describe the attitude of non-Christians toward Christians in the ancient world. They remembered the lifestyle of Christians before they started following Christ and their previous lives seemed normal, by pagan standards. Now things were different—very different, strange!—and ancient pagans couldn’t figure out what is going on, so they may have asked the question: “What is wrong with you people?”

I was recently struck by 1 Peter 2:12 where it says that Christians would be slandered for being evil doers. Since Christians, I thought, were dedicated to doing good, how could we be accused of doing evil? I recognize we live in a convoluted world where evil is called good and good evil, but calling Christians evil seems to push the category. You may think: “Once I was disobedient to God and committed all kinds of sins and evil, but now I have changed—transformed by the grace of God. Now I try to do good, so how could you think I am doing evil?” We may want to ask pagans: “What’s wrong with you people? What is causing you to skew the criteria for good and evil? How can you think that way?”

In 1 Peter, Peter lays out a beauti 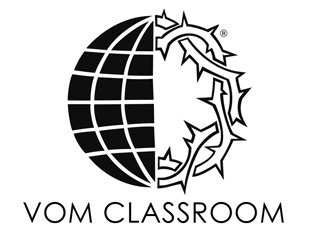 ful passage on the positive side of holiness. Christians are a holy nation, a holy priesthood who stands before God mediating on behalf of the lost. In 1 Peter 2:11 he spells out the “negative” side of holiness (what we won’t do). We abstain from fleshly lusts, evil behavior, idol worship, and anything unholy (that would be offensive to God). That should silence our critics, right? In fact, it is our abstinence that generates the slander. By not participating in immoral social activities and practices in culture, by not sacrificing to the gods who they think watch over and protect pagan society, we become (in their view) anti-social, haters of mankind, and social misfits who somehow threatened the welfare of society.

Ancient Greek and Roman culture, generally tolerant of various religions, could not tolerate Christian ethical and moral behavior, so they spoke maliciously against them. These Christians were transferred from the kingdom of darkness to the kingdom of light, while their compatriots remained in darkness. The newly transformed Christian reluctance to continue to practice a sinful life is interpreted by the criteria of pagan culture as being insolent, rebellious, uncooperative, and even judgmental. At a certain point Christians can be seen as a dangerous element, a threat to the peace and order of society, of ridiculing the pagan practices so dear to the members of culture.

Peter said that the Christian should not be surprised by this. The Christians in the early church were on the precipice of a new and difficult day. That day came, and many Christians died as a result. Our convoluted world has a limit to how long they will peacefully tolerate us. Peter’s advice is that we live such a good life that our accusers will be ashamed and may actually glorify God in the day He comes to visit us. That is a statement of hope, that those who accuse, hate, and persecute may be converted as a result of the witness of our actions. That is truly our prayer.