Surrounded by violence, Grace had never known much about love, joy, or forgiveness. Her community in Uganda, was hostile both to outsiders and those living in the village. Most people had grown up believing in dark, spiritual forces that could only be remedied by a witch doctor’s magic.

When Grace became a Christian and turned to God instead of to the local witch doctor, villagers savagely beat her and left her for dead. She was rejected, but she continued to turn to God for help and comfort. It was in God that she finally understood love, joy and forgiveness. She forgave those who had harmed her. Her desire was that others would know this love, and she began asking God to help her community turn to Him. 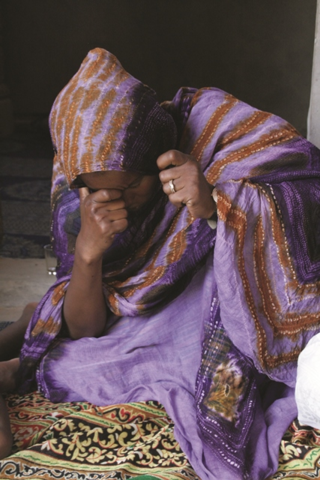 She prayed faithfully for four years that more Christians would be added to her village. In the fourth year of her prayers, her village was in the middle of a severe drought that had lasted more than seven years. One of the witch doctors determined that a Christian must be sacrificed in order to bring rain. A young man known as a believer was kidnapped, but police rescued him before he was offered to the village gods as a sacrifice.

The young man and some others joined Grace in praying for their village. As they prayed, they felt God leading them to build a church. They bought property and in less than two weeks constructed a church building. While there were only five members in the group, they set up 100 chairs. Grace continued to pray.

Not long afterwards, two missionaries visited the village and presented the Gospel message. In two separate services, 100 people came forward to renounce their evil ways and follow Christ. The 100 people filled the 100 chairs in the church.

Members of the community asked the missionaries to pray for their brown, dry and scorched land in desperate need of rain. So they all began praying earnestly for rain, believing that it would be God that would open up the heavens. The missionaries asked God that no one would turn back to the wicked ways of human sacrifice in order to call for rain. Then, the two men left.

They drove off, thanking God for all that had happened in the community. God had used Grace in a tremendous way. Though she had been beaten and left for dead, she was not discouraged. She persevered in prayer, and it was likely her prayers that opened so many hearts to receive Christ. As the men stopped for gasoline about an hour outside of the village, they felt droplets of water on their arms. Behind them, they could see sheets of rain pouring down in the direction of the village.

Once the two arrived home, they received word from those in the village, exclaiming gladly, “Everything here is green!” The drought had ended, and the seed that had been planted by Grace’s prayers had multiplied. One hundred believers had come to Christ during their visit, but they were surprised to learn that the number more doubled the following Sunday, with 250 believers worshipping and committed to following Christ wholeheartedly.

Ann Kay is a writer for VOM. She learned about VOM five years ago when she read Tortured for Christ and began receiving the newsletter. She is passionate about reaching the world for Christ and sharing stories of the persecuted church.