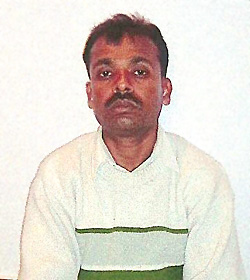 Christians in India have been suffering from a variety of trials. In recent months, numerous Christians have faced legal action for practicing their faith. Some have been beaten and others killed as a result of their faith in Christ.

I am reminded of James 1:2–4, which says, “My brethren, count it all joy when you fall into various trials, knowing that the testing of your faith produces patience. But let patience have its perfect work, that you may be perfect and complete, lacking nothing.”

While the Indian constitution guarantees freedom of religion, there are six states which have laws against “forced conversions.” Often, these types of laws are specifically used to target Christians.

In one local church where many have come to Christ, there are three men and two women that are very active in evangelizing to those around them. They are subsistence farmers and they work hard to feed their families. Udhaykumar and Meenakshi have two toddlers, a boy and girl, and they reach out to other families. Basavaraju and his wife, Rathna, as well as Yogesh are all local evangelists who share the gospel with others, pass out gospel tracts and hold prayer services in their homes. They do this on a daily basis and as a result of their faithfulness and patience, many are coming to Christ.

Radical Hindus in the area have taken notice and become upset. On Feb. 4, after the group complained to police because the three families were spreading Christianity and converting people, local police filed charges and began searching for the evangelists to arrest them. As a result, they have had to go into hiding while they wait for bail to be set. A lawyer is helping the three families and has gone to local authorities to try to bring action against those who accused the evangelists but had no proof.

Not long ago in another part of India, Pastor Philip was at a house where Christians had met for worship services. Radicals became angered and attacked the Christians, causing injury to the pastor, six men, three women, and a 7-year-old girl. Police were called and although the injured were taken to the hospital, charges were still filed against the Christians. The radical group also threatened the Christians by telling them that they would burn the house and kill the people there if caught worshipping God again.

By all recent accounts, they have not given up. They continue to have faith in Jesus Christ and know that what they are doing matters. These brothers and sisters are living testimonies of what it means to “fall into various trials” and still count it all joy and continue their work.