« Wise as Serpents and Harmless as Doves | Main | INDIA: Christ Is Preached »

The Lahore High Court has, for the second time in two weeks, delayed the first hearing on Asia Bibi’s appeal of her conviction for blasphemy and the resulting death sentence.

A hearing last week was delayed because one of the two judges set to hear the case was unable to be in court. Today the court convened once again, but had to delay the proceedings when the attorney for the complainant was not present in the court room. The judges waited ten minutes and then announced a delay in the case. 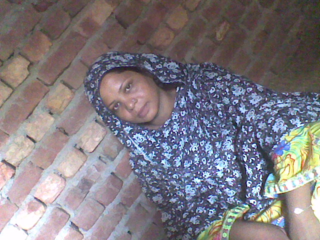 A photo of Asia Bibi taken during a prison visit.

In the case of Asia Bibi, the complainant, or “counterparty,” is Muslim mullah Qari Muhammed Sallam. Sallam is the man who submitted the original complaint in the case on June 19, 2009. The complaint accused Asia Bibi of speaking against the Islamic prophet, Mohammed, on June 14 of that year. Asia Bibi’s lawyers told Agenzia Fides that they will point to the five-day gap between the alleged statements and the complaint being filed as evidence that the charges were fabricated.

Reportedly, April 14 was set for the next attempt to have this initial appeal hearing. VOM contacts in Pakistan are closely monitoring the case.

Please continue to pray for Asia Bibi as she waits in prison for the appeal process to move forward. Pray also for her husband and daughters as they await the court’s decision.

You can still sign the petition asking for Asia Bibi's release at www.CallForMercy.com.