VOM's Todd Nettleton was interviewed last week by Mission Network News for a story about Christian persecution hearings held in Washington DC and especially about the currently-vacant post within the U.S. State Department of "Ambassador at Large for International Religious Freedom."

Here is a portion of the resulting article:

International (MNN) — Of all the Christian persecution stories covered in the 21st century, the one singled out for focus in Washington, D.C. was the 2008 pogrom in India’s Orissa State. 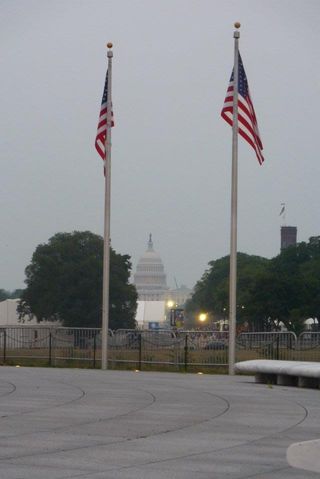 At a hearing before the U.S. House Subcommittee on Africa, Global Health, Global Human Rights and International Organizations, John L. Allen, Jr., author of “The Global War on Christians,” pointed out these events occur in countries where Christianity is expanding but religious freedom is lacking. Allen also used his time to challenge U.S. President Barack Obama to quickly fill the post of  ambassador-at-large for international religious freedom.

One question that came up was why the Orissa pogrom was chosen as the incident to focus on at the hearing, especially when compared to the attacks of the Joseph Colony in Pakistan, the Egypt Muslim Brotherhood attacks, and the Boko Haram attacks in Nigeria. Todd Nettleton, spokesman for The Voice of the Martyrs USA, answered, “I think the focus went in that direction because of the nature of the attacks, because of the violence of the attacks, and the number of people who were affected. Not only killed, more than 100 people lost their lives; but literally thousands of people were displaced by these attacks. Some of them are still displaced and it’s six years later.”

When the other countries in question were pointed out as comparable, Nettleton added, “The other thing that I think brings a focus to it is the lack of action by the  Indian government to hold the perpetrators accountable.”

Though the Orissa government claims it took strict action against the accused, their reports show that of the hundreds of charges brought, just 75 cases ended in convictions. There were an additional 477 people convicted for lesser offenses connected to property damage, but little else has been done to recompense the 50,000 left homeless after the 2008 attacks.

That brings us to the remarks made by Elliott Abrams, a commissioner of the U.S. Commission on International Religious Freedom (USCIRF), who told the subcommittee that the lack of an ambassador-at-large for international religious freedom sends the wrong message about the U.S. stance on religious freedom. Nettleton explains, “I think the message sent by this administration has been that this is not a high priority: ‘There are other things that we are more interested in,’ and that tone has really carried through.”

Following the abrupt departure by Susanne Johnson-Cook in October, the Obama administration did not set a timeline to replace her. The post has only been filled for 30 months of the Obama Administration, which seems to reinforce the true priorities of the Administration. Nettleton says, “The fact that this International Religious Freedom post has been vacant so much of the Obama administration says those words are nice, but the actions really haven’t matched up to that. We haven’t seen that commitment in terms of the day-to-day hard work that it takes to influence other countries, to provide more freedom for our Christian brothers and sisters.”

You can read the full article here.

Unfortunately, the only religious "freedom" that much of the U.S. government supports is freedom FROM religion (Christianity in particular). If a new "ambassador-at-large for international religious freedom" were named, it seems likely that he or she would actually just be one more voice working AGAINST Christianity, as an U.S. government employee. So we may be better off without this ambassador.