The Real Story of Valentine's Day

Today is Valentine's Day, a day Americans focus on love and romance. But most of those celebrating don't know that the man for whom this day is named was a Christian persecuted because of his Christian actions. 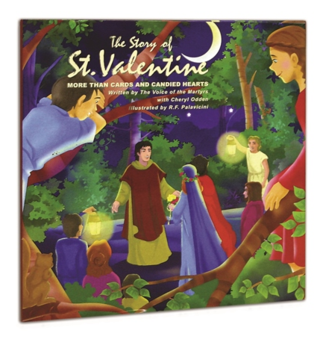 In 496 A.D., more than 200 years after Valentinus was executed, a church leader marked February 14th as a celebration to honor Valentinus’ courageous life to replace a pagan Roman holiday. February 14th was the day the Romans honored Juno, the Queen of the Roman gods and goddesses and also known as the goddess of women and marriage. The following day, February 15th, started the Feast of Lupercalia, which honored Faunus, the god of fertility and forests. On the eve of Lupercalia, the names of Roman girls were written on pieces of paper and placed in jars. Young men would draw a girl’s name and be partnered with that girl throughout the festival. Sometimes this pairing lasted the whole year, and often they would fall in love and later marry.