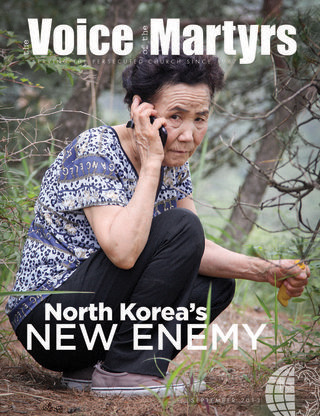 “Mrs. Kim” has a strong calling to reach North Koreans for Christ. Earlier, she felt the Lord leading her to the Netherlands. At first, she had no desire to go and no real idea what kind of work she’d do there. But she wanted to obey. She planned a trip for the early summer and planned to work with North Korean refugees. She would use many of the training techniques she learned in a VOM-supported evangelism and discipleship school. She raised funds for her trip and booked her flight.

But sometimes, things don’t work out as we plan. Her contacts who promised to meet her never met up with her. When she called, they insisted they weren’t able to help, even though earlier they had agreed to do so. The reasons for this probably lie in the deeply engrained patterns of distrust of others that North Koreans are indoctrinated with. Often it takes years of work to overcome these patterns.

Another reason why Mrs. Kim’s contacts were hesitant to meet with her is that they feared possible retributions for their families back in North Korea, if they got involved in Christian work. They also fear that the government may punish their families more severely if they permit their names to be exposed, or their stories to be shared.

But Mrs. Kim still sees God’s work in her journey. “There was a great purpose and providence of God even though my mission trip ended in failure,” she said. Because she saw first-hand the situation that refugees in the Netherlands live in, she’s able to share with her friends and relatives in North Korea the reality that refugees face. And she continues to share Christ’s love with them, in hope that they will someday know a freedom that supersedes geographic boundaries.