« Growing Up with VOM | Main | A Country Boy, A City Girl and a Prison Convict »

Mightier than the Roaring Waves

“The Lord on high is mightier than the noise of many waters, than the mighty waves of the sea.” (Psalms 93:4). 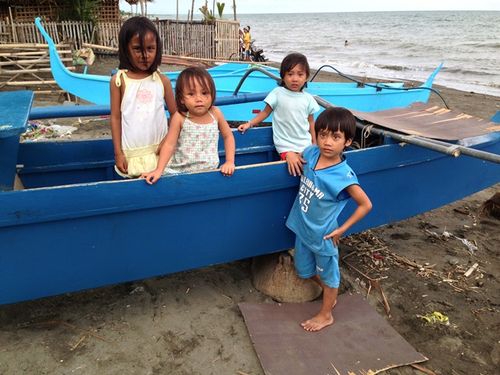 On February 20th of this year, Pastor Rey Debardo, 44, his wife, Renaly and two of their daughters, Catherine Faith and Karen, were shot with an M-16 rifle and a .45 caliber pistol.  The police recovered 156 shells from the area. Their 16 year old daughter survived the attack and is in a safe place now. When reporters asked her how she felt about the people who killed her family, she said, "I must trust the Lord to change them." Mindanao is a very demanding place to serve, but these sisters and brothers are experiencing God’s grace in remarkable ways.

While in Mindanao, I met with dozens of Christians who live and minister in these difficult areas. One of them, Pastor Noel, leads about 80 people in prayer at 4:30 a.m., 7 days a week. He smiled as he told me, "We work, not in an offensive mode, but in an advancing mode."

One day while another group of believers were at an early morning meeting, Muslims attacked their village. They quickly ran outside, grabbed a little boat and dragged it to the seashore. When they arrived at the beach, they saw several Muslims unloading heavy weaponry onto the beach. The church members quietly boarded their boat and began to paddle away. Even though the boat was designed for three people, they were able to fit 12 people inside. The pastor shared that, for their little boat, the sea was calm that morning—miraculously calm—and they made it to safety. Later, they discovered that, sadly, seven other boats sank that morning during attempts to escape.

The overarching theme of our meetings was that these Christians are “overcomers.” They are not able to overcome in their own strength, but they are secure in our Master's will. They are overcomers because they are learning to love to focus less on the “here and now” and more on the “then and there.” We learn a lot from their example. Please pray God will enable each one of us to live with an “eternal perspective”, by His grace, and for His glory!

Dr. Jason Peters serves in VOM’s International Ministries department, traveling frequently to meet with our persecuted brothers and sisters around the world. He lived overseas for five years and has ministered in 28 countries as diverse as Cuba, Nepal, Iraq and Indonesia. He and his wife, Kimberly, along with their five children, count it a great honor to serve with the persecuted church.