Persecution Blog: What Does It Mean to Be at Peace?

What Does It Mean to Be at Peace? 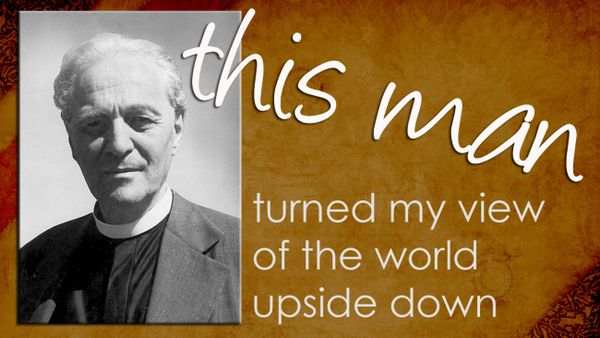 What does it mean to be at peace?

When I was a teenager my parents took me to hear a man speak by the name of Richard Wurmbrand. This Jewish Romanian minister born in the early 1900’s was old and quite crippled. Not exactly exciting for a teenager. When we walked in I was astonished to find the room packed. The event began with a lengthy introduction of all this guys accomplishments. No music, no flashing lights, no smoke, no video projectors, nothing except a microphone. After the first old guy finished introducing the second old guy, he stood up with assistance and slowly limped over to a deep-seated armchair on the stage. After he situated himself he started to speak, slowly. He shared about growing up in an anti-Semitic Romania and ultimately becoming a Christian.  His life was a laundry list of sacrifice because of his beliefs. He had been imprisoned for spreading the Gospel and went through horrific psychological and physical torture. The Communists even told his wife that he had died in prison when he hadn’t. In 1966 he testified in Washington D.C., revealing his physical scars that brought much of what was happening in the dark to light. The unforgettable part to me was his peace. Yep, you read that right. His peace. His testimony wasn’t delivered from a dark heart, but one of hope.

It’s hard for me to explain, but he seemed happier and more fulfilled than any of my high school friends who drove new cars, partied on the weekend, and lived off of mom and dad’s hard work.  Theoretically my friends lived the good life. Why was this guy so much more fulfilled? This old man threw my perspective of peace and joy on its head. His life fulfillment wasn’t conditional on external circumstances. Something in him was stronger than life itself.  As he shared I realized his peace isn’t in what is, but in his hope of what will be.

2 Peter 3:11-13, “Since all these things are thus to be dissolved, what sort of people ought you to be in lives of holiness and godliness, waiting for and hastening the coming of the day of God, because of which the heavens will be set on fire and dissolved, and the heavenly bodies will melt as they burn!  But according to his promise we are waiting for new heavens and a new earth in which righteousness dwells.”

Do you have a hope this strong?

Mike Colaw is the pastor of Trinity Church in Indianapolis, IN. He attended college at Oklahoma Weslyan University and blogs at www.mcolaw.wordpress.com.

God has used Mr Wurmbrand's writings to teach me. I am so grateful for that. I cling to Jesus like a little girl who has climbed up into His lap and is so safe - just looking out at the world knowing that I am in the Savior's arms - and there - I am not afraid. I can't wait to meet Mr and Mrs Wurmbrand. Their writings are most valuable and precious to me.

I just finished reading the book his wife wrote called The Pastor's Wife. Wonderful book about their suffering and their grace and faith during it all.

I wish I'd had the opportunity to hear him in person when I was a young person. I cannot remember exactly how I learned about VOM and our suffering brothers and sisters, but am so thankful that I did. I'm also so thankful to the Lord that Mr. Wurmbrand was faithful under extreme trial. Because of his faithfulness by God's grace, we are now aware of what is continuing to happen even as I type.