Persecution Blog: Where Are They Now: Suleiman Abdulai

Where Are They Now: Suleiman Abdulai

VOM field staff recently checked in on Nigerian evangelist Suleiman Abdulai, who was featured in our November 2012 newsletter. 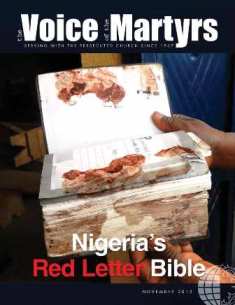 Suleiman has a powerful testimony of growing up as a Muslim and being known in his community as one who humiliated Christians in public debates. But when he attended a church service at the invitation of a friend, Suleiman was surprised to hear the pastor preaching directly to him, saying “things that I never told anyone before,” he said.

He gave his life to Christ, to the deep frustration of his family. They packed him off to Islam’s holiest site in Mecca, hoping to bring him back to Islam. On observing Islam’s most important rituals, “I knew then that Islam is not of God,” he said. When he returned to Nigeria, his entire family gathered around Suleiman as his father insisted, “Deny this Christ or be killed.”

Confident that Jesus was standing beside him, Suleiman told his family, “I’m not going to deny who I serve. I am ready to die, because I know he is here.” 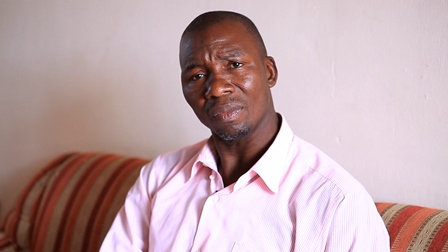 But his family didn’t give up. They sent hired killers with automatic weapons to Suleiman’s rented room. Suleiman happened to be out that day. After failing to find and kill him, Suleiman’s parents disowned him and cut off all support.

Suleiman is now an evangelist and public speaker who lectures on Islam. He calls Muslims to Christ and exhorts Christians to reach out in love to the Muslims they know. When he is not busy with speaking engagements, Suliman spends his time ministering to Christian converts from Islam or others interested in Christianity. He simply offers them a Bible to read and then is available to discuss it with them.

He recently started a small business to help provide support for his family. He travels to outlying villages to buy grain, and then transports it to larger towns to sell it. 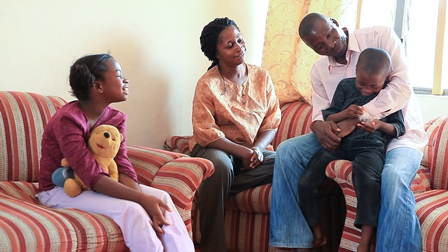 Suleiman’s work as a minister is not sponsored by a particular organization or church and he is entirely dependent on donations to support his work. “I move as the Lord provides,” he told our staff. “The feeding and sustenance of our family is as the Lord provides, and as his Word proclaims, the Lord himself has been our sufficiency.”

Suleiman often tells his testimony when he speaks in large, public venues. Afterwards, he often receives threats. Recently, someone sent him a text message that read, “You are a disgrace to Islam, an infidel. We will soon get you and end your life.”

But he’s seen God protect him time and time again. He told a VOM worker, “We will not be afraid. We will still preach the gospel to them.” He asked for prayer for his preservation, but noted, “For me, to die is gain.”

how to be courage ?
how to not coward ?