Richard Wurmbrand: Lessons from a thief

It is a world apart, the world of thieves. I found that they like to talk of their exploits, the riskier the better. They loved the excitement as other men love drink, gambling or women. I wondered at the dedication they brought to their work.

One evening, when most prisoners were outside, the door crashed open and the guards flung in a pickpocket, known to everyone as "Fingers." He rolled on the floor, gasping and groaning, as I helped him to his bunk. Soaking a rag in water, I began to wash the blood from his swollen mouth. It seemed he had been pilfering from the kitchen. 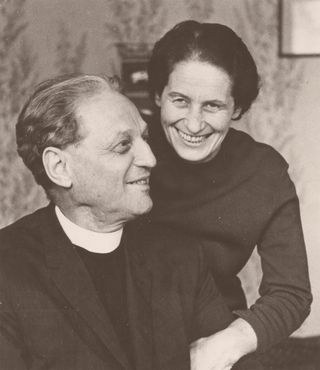 “You're not a bad sort, Pastor,” Fingers said. “When I get out and make my next good haul, I won’t forget your share.”

I said I hoped he would find a better means of living. He laughed. “They're wasting their time beating me,” he said. “I love my work. I’ll never give it up.”

I put my arm around his shoulder and told him, “Thank you. You've taught me a great lesson.”

“What do you mean?” Fingers asked.

“If beatings don't persuade you to give up your ways, why should I listen to those who want me to change mine? I must put at least as much thought into winning a soul as you do into pulling off your next coup. The more I listen to the stories which you and your friends tell, the more I learn.”

He grinned painfully, "You're joking, Pastor.”

“No,” I said. “For example, you work at night, and if you fail the first night, you try again the next. So I, as a pastor, should spend my night in prayer, and if I don’t get what I want, I shouldn’t give up. You steal from others, but there is honesty among thieves: we Christians should be as united among ourselves. And although you risk your liberty and lives for money, as soon as you get it you throw it right and left; we should not overvalue money, either. You thieves don’t let punishment deter you; nor should we shrink from suffering. Just as you hazard everything, so too, should we, knowing there is a paradise to win.”

The prison at Poarta-Alba consisted of the remains of the labor camp beside the canal project on which my wife had been forced to work. I knew that now she was living somehow in Bucharest. No hour passed without thoughts of her. We lived in long, bare huts which held fifty men each. All around were derelict barracks and vegetable patches which Sabina must have known. This melancholy comfort was taken from me when, after a few weeks, I was told to prepare for another move.

Fingers came up to say goodbye. With him was an associate called Calapod, a villainous bandit who had been feared throughout the countryside. He slapped me on the back, shouting, “So this is the Holy Reverend who likes thieves and robbers!”

“Mr. Calapod,” I said, “Jesus did not mind comparing himself with a thief. He promised, ‘I will come as a thief in the night.’ Just as those whom you have robbed never knew you were coming, so one night Jesus will come for your soul, and you will not be ready.”

Excerpted from In God's Underground, written by Pastor Richard Wurmbrand, the founder of The Voice of the Martyrs. You can order a copy of the book here; it is also available for Kindle
and Nook e-readers.

Meeting and understanding the message of this great man and follower of Jesus is the most memorable and humbling event in my Christian life.
Hope to see him again.