Parenting lessons from the persecuted 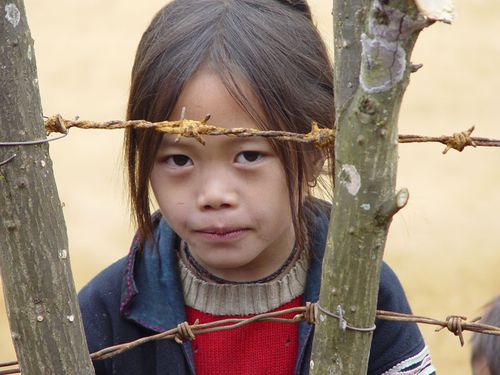 With a gaggle of kids among us, ranging from infants to 3-years-olds, my friends and I have been tossing around ideas about how to educate our kids.

The issue of how to educate their children is a big one for persecuted Christians as well. Two Christian Egyptian families have had to go into hiding in the last five years after they tried to have their official religion changed from "Muslim" to "Christian" on their national ID cards. The parents wanted the change in part so that their children would have the option of attending Christian schools. Unfortunately for them, the Egyptian judicial system denied their requests, and Muslim extremists began sending death threats.

I met one of these men, Mohammed Hegazy, in 2010. He's my age, with two young children. His oldest, Miriam, would be ready for kindergarten this year. His son, Joseph, is about 3. He told me, "When my wife was pregnant with our first child, I had that in my heart that I don't want my child to suffer like all the children of converts in Egypt. You know, the children of converts are having a dual identity – they have to be a Christian at home, Muslims at school and with their friends. And this is really complicated for the psychology of a child to understand or to bear."

I've wept with Egyptian Christian parents who agonize over sending their kids to schools that train them to be Muslims and teach them to hate Christians. These Egyptian parents wonder whether they should wait to introduce their children to Christ until they're older and more able to handle the attacks, taunts and degrading they'll certainly face if their classmates learn they are Christians. Or do they tell them about Christ and force them to live double lives, participating in Muslim worship and prayers at school as required and celebrating Christ's love at home?

Iranian pastor Youcef Nadarkhani got into trouble when he learned in 2009 that a change in Iranian education policy would require his two boys to take a course in studying the Quran. Nadarkhani would go on to spend three years in prison before he was acquitted of apostasy.

Sometimes it's not the parents who suffer the consequences of being Christians in a Muslim majority nation. One 12-year-old Christian boy, Amin, painted a picture of Jesus in art class. When his teacher saw the painting, she questioned the boy about his faith in front of the class, openly ridiculing him for his outdated and superstitious beliefs. On the way home from school that day, three of Amin's classmates attacked and beat him, damaging his face. When he got home and told his parents, first they prayed with him, then they took him to the hospital.

When Amin returned to school, he stood up in front of the class and told the three bullies, "God has forgiven me. I forgive you and want to be your friend." The three bullies became some of Amin's closest friends.

WEIGH IN: Can children be lights for Christ? How much responsibility should we as parents give them, and how much should we try to protect them? What would you do if you were trying to raise your child as a Christian in a Muslim society?

GOD is the True Love

GOD the True Love is Forgive

if condition outside worse, then better self teach own children inside own house, parents as teacher and children as student, the best school is in the family.

pray: GOD JESUS protect all of us and give us brave faith love wisdom wise how to do amen.