« Not ashamed to pray | Main | Richard Wurmbrand: Lessons from a thief »

Has it ever occurred to you that Muslims might be as afraid of you as you are of them? 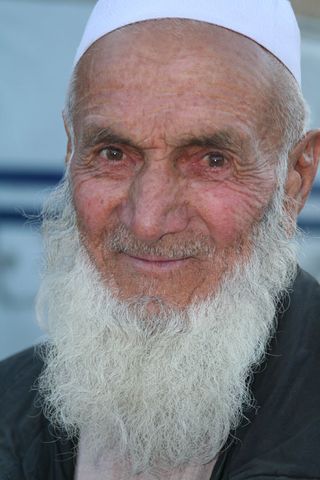 An Arab Muslim woman studying in the United States confided in me that her family was worried about her living in America. “They tried to stop me,” Najma said. “My aunt visited me and warned me, ‘Don’t you know America is full of violence? They will kill you on the street!’”

Together, we laughed at her aunt’s fears, knowing how far it was from the truth of the sleepy town in which Najma lived. Her aunt had based her impression of America and Americans on violent films she had seen. But Najma’s reservations evaporated once she began meeting average Americans—store clerks, teachers, her host family. They were nothing like the Americans she had seen on TV.

When people ask me, “What do Muslims think of Christians?” a simple answer eludes me. First, which Muslims? To lump all Muslims—the Western convert, the uneducated Bosnian woman, and the Syrian engineer—into one pile and ask what “they think” is presumptuous at best. And second, which Christians? Although you might define Christian as “evangelical” or “practicing Christians,” Muslims don’t define it that way. Most will categorize an entire nation as Christian, so we have to recognize and work with the Muslim’s definition.

“What do Muslims think of Christians?” is a loaded question, with no way around approximations and generalizations. But in a phrase, they are respectful, yet wary.

These misconceptions run deep, but something stronger can disarm a Muslim’s watertight wariness: initiative on our part. Just as average Americans helped alleviate Najma’s fears, the same holds true when authentic Jesus-followers take the first step with wary Muslims. One perspective shift, coming right up!

Meeting a follower of Jesus should be like a refreshing breeze blowing or an attractive scent alluring. It piques the interest and leaves the other wanting more. As a believer I am instructed to “let [my] conversation be gracious and attractive” in interactions with outsiders (Colossians 4:6 NLT). Gracious. Attractive. That will blow the mind of Muslims…or anyone, for that matter.

Muslims may be hesitant to initiate a relationship, which leaves the ball in our court. I’d hate to have Hollywood do all the talking, wouldn’t you?

Your turn: How much of your opinion of Muslims is based on films and other media? Have you met a Muslim who blew apart your preconceptions?

I think it shouldn't be nationality but personality that should form our opinions in relation to other people of differant religions and nationalities according to their ability to respect others for who they are. I don't care if a muslem talks about their god because I am firm in my faith in the God of Abraham and his son Jesus. To hate some on for no other reason other then they believe differantly than you do tells me you not so sure of who you are. Anyone of any religion killing in the name of their god other then self defence is unexceptable.

God Loves You, My Muslim Friend by Samy Tanagho

Best book to help you learn how to share your faith with a Muslim - http://www.gladnewsministry.com/witnessing.cfm

This article is very helpful. I too will be praying for those that try to plot Islam vs Christian, be exposed for the false witness they do.
PAX CHRISTI
Corey

As someone who has felt led by the Lord, apart from any denomination, to wear a head covering, I have often been the object of some stand-off-ishness myself. When they see me, people I don't know tend to react one of two ways:
One, either be extremely wary of me, give me weird looks, and, in general, stay away from me. Interestingly enough, I get this most from other Christians!
Two, and this is the way a lot of worldly non-believers will react: at first: they are really curious, and they're up front about it. If they don't ask about my head covering first thing, I won't bring it up, so we talk about other things and they find out I'm a normal person. This is where it gets awkward. Once they get to know me a little better and discern that I'm actually pretty "normal", they assume that I'm exactly like them, and, for all of my "show", still live the way they do and like the same things - which isn't really true and lends for some pretty uncomfortable moments. This is better than the first reaction, though...
I often wonder how Mulsim woman must feel; especially since I sometimes wear a scarf "Muslim style" because it's warmer in the Winter. I have people mistake me sometimes... it's made me want to reach out more. Something like just meeting their eyes and smiling in the store can make a difference. Does any one know of any ministries that does local outreach to Muslims, especially woman?

I remembered that I wrote a blog post on this very topic:

I include many examples from the quran and hadith of what muslims think of non-muslims and how they should treat them. The fruit is their actions: increased persecution of christians and apostates, terrorism in non-muslim countries, hateful rhetoric spoken about the west. I also include a brief history of Islam and basic text comparison and approach to apologetics with them. We as Christians need to be grounded in the word of God and know how to answer muslims questions regarding our faith (explaining the trinity, how can God die?, explaining the trustworthiness of the Bible, etc.) The most important component in witnessing to muslims is living out the love of Christ but we also need to be armed with knowledge. And as always, pray!

My brother became muslim, so I read about Islam from a quran. I also read books from former muslims. Initially, the quran respects christians and the scriptures, but then it accuses them of changing it (no evidence of this). The quran also condemns christians from worshipping 3 Gods.

I find it hard to believe that muslims think america is more violent than their own countries where you can be stoned or maimed for several reasons. There is only a very small number of christian apologists that center on Islam. american christians are largely ignorant of what Islam is, and like with Jews, shy away from sharing the gospel with them. The west is geared toward being tolerant of muslims even in the face of muslim terrorism, increased honor killings and crimes against women. Islam calls to dominate all cultures in all nations and that is what it's doing. I'm sorry, but I don't find any truth to what you're saying by Islamic standards and what I see going on in the world today.

Personally, I haven't had any personal experiences with Muslims. However, I my perception is rather negative due to what you hear in the media, read in the VOM newsletters and so on. Regardless though, Yeshua wants us to love everyone, to turn the other cheek and not judge. I think that it is up to us to take the first step and use our intuition, a person can be standoffish because THEY are uncomfortable....

My concept of muslims comes from living in Saudi Arabia. And, no I do not trust them at all. They taught me that when I lived there. They hate us with a passion and their eyes throw daggers at you if you are not muslims. To them American women are all prostitutes and feel they should be treated as such.