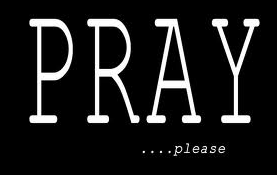 Every week we like to end the week by sharing with you some prayer requests for the persecuted church.  This week is no different, and since Christmas is early next week I'd like to also ask you to remember to pray on Christmas for our dear brothers and sisters in Christ in restricted nations, since persecution on Christian holidays often increases.  Please share these requests with praying friends and family.

A 70-year-old Swedish Christian worker was killed on Dec. 3 by unidentified gunmen on a motorcycle as she returned home from work. Birgitta Almby, Area Director of Full Gospel Assemblies (FGA) in Lahore, was flown to Sweden for treatment after the shooting, but she died in the hospital. “From the information available so far, it seems that the two assailants were following her or were waiting for her to reach her house, where they opened fire on her,” said Liaqat Qaiser, the principal of FGA Bible school. Birgitta served in Pakistan for 38 years. Pray for the peace and encouragement of Birgitta’s fellow Christian workers.

A VOM worker in Egypt reports that violence has increased as the country considers a referendum on a new Egyptian constitution. Egyptian protestors opposed to the new constitution recently attacked a building belonging to the Muslim Brotherhood, who helped install President Muhammad Mursi in June. “Protestors tried to attack the building and burn it,” the VOM contact said. The VOM worker temporarily moved his family out of the neighborhood last week. “It was a terrible time in our area [because of] the fighting between protestors and radical Muslim groups,” he said. Voting on the new constitution will occur in two stages; the first round was Saturday, Dec. 15, and the second phase is scheduled for Saturday, Dec. 22. The VOM worker requested prayer for Egypt and especially for Egyptian Christians. “Pray that Egyptians will know the Lord and the Lord will be known to them,” he said.

Local authorities in Phin district, Savannakhet province, have pressured Christians for months to renounce their faith, and now they are threatening to expel believers from their homes if they refuse to perform occult rituals. In September, district police arrested three area pastors and bound their hands and feet in stocks. After provincial authorities declared the arrests illegal and ordered local authorities to escort the men home, the pastors’ families expected their release. But they were never released. On Oct. 19, the same local authorities called the 31 Christian families and 70 non-Christian families together and told them that the Christians would have to perform occult ritual oaths stating that they would adhere to the traditional religion. They were also asked to sign a statement renouncing Christ. The officials have threatened to expel the Christians from their villages if they do not perform the rites. So far, they have refused the authorities’ demands. Pray that higher authorities will intervene and that the Christians will stand strong.

Pray for increased effectiveness of Christian TV programs broadcast into Iran. Pray that the broadcasts will strengthen new converts and help seekers come to know Christ.

Posted by The Voice of the Martyrs on December 21, 2012 at 08:03 AM in Egypt, Intercessory Prayer, Pakistan | Permalink