Nepal: Christians 'On Top of the World' Facing Persecution 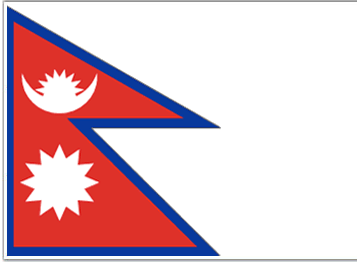 CBN News is reporting on some recent developments in Nepal concerning the plight of Christians living in Nepal.

Nepal is a restricted nation with the majority population being Hindu at approximately 75 percent and Christian being about 2.9 percent.

Of the 380 people groups within Nepal 353 of these groups have not yet been met with the good news of Jesus Christ!

Christians face widespread persecution but God is on the move. Their numbers have grown from 29 people when the first church was planted in Nepal 60 years ago, to nearly 1 million today. Most of those coming to Christ in Nepal today are former Hindus.

One young woman named Sharada said she grew up in a Hindu family.

"Before I came to Christ my life was in darkness and I didn't know God," she said.

Sharada, however, faced persecution from her own family when she left Hinduism for Christianity.

"When I accepted Jesus Christ as my Savior the persecution started to come into my life," she explained. "My mother asked me, 'Do you love your religion more than your parents?' I told her, I love both. She hated me for following Christ and she used to say bad words to me."

Physical attacks soon followed. Sharada said her mother threatened to kill her with a sickle and blind her with a nail.

"My mother told me, 'If you are blind you'll stop going to church.' She took the nail, pushed me to the ground and tried to stick the nail into my eyes. I moved and the nail hit my ear," she said.

Sharada escaped to the jungle where she now lives with a friend.

Please pray for believers in Nepal as they endure hostile attacks. Click here to continue reading about what happened to CBN staff when they visited Nepal and please pray for this nation!