Persecution Blog: Merry Christmas and What I've Learned from the Persecuted Church

Merry Christmas and What I've Learned from the Persecuted Church 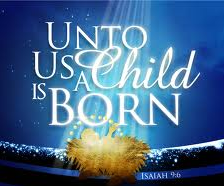 For almost eight years I have had the blessing of writing this blog for VOM and I can tell you that for me it's been one of the most wonderful journeys I have taken.  Next week will be my last week updating this blog and so I thought I would share with you a few thoughts today since we'll be taking Monday and Tuesday off.

I actually found it rather ironic when I was asked by my friend Paul to do this job for him because when I first came to Christ I had to read my bible in secret and I was banned from going to church because my mother was so hostile to the gospel.  I remember I would often get up before dawn to read the bible my friend had smuggled to me, before my mom would awake and bust me with my bible.  What I didn't know then, when I was a teenager, is something that I learned blogging all of these years and that is that Christians worldwide in restricted nations, had to endure similar things...except often way worse and often leading to death.

Being a voice of a martyr is basically being a witness.  It's as if you see things that are happening and then you are testifying as a witness to the behaviors that have taken place.  Once you understand that all Christians are martyrs, it makes identifying with suffering brothers and sisters easier.

One of the biggest misconceptions that I've learned American Christians have of the suffering church is that there is no joy.  The reality is that the complete opposite is true.  In fact, if you've ever experienced the thrill of sharing the gospel with someone (because you've 'witnessed' to them) and then you've been rejected, you have most likely taken part in that joy.  The word of God is true when He said that  you are blessed when you are persecuted for His name.  The word of God is also true when He said that if you desire to live godly in Christ Jesus, you will be persecuted.  Persecution is a gift from God and how we respond to it is our gift back to Him.

One of the beliefs that I know some people have about the persecuted church is that all Christians stand firm and never cower.  That's not true and just as the Apostle Peter cowered in fear when he was asked if he knew Jesus, there are still Christians today who are afraid and they back down when threatened with persecution.  This is to be expected because contrary to the super human status I've seen some Christians make about the persecuted church, the truth is that persecuted Christians are human just like you an I are and they have to resist the temptation to cave under fear and pressure.

I have to say that I have been inspired because I have seen men and women of faith endure beatings, imprisonment, torture and death because they believe in the same Jesus that I do.  Sometime I grieve because so many in the American church just do not get it.  Yet, it's amazing to know that the persecuted church prays for the American church because our burdens are different.  Here in America we are filthy rich by world standards.  We have money competing with faith and it's easy to put our faith in things we see, which are often easily accessible, and not depend on the word of God for our every need.  The persecuted church understands that and yet we often pity them for the physical pressures and torture they have to endure.  I think this is an idicator again, that the scripture is true, when we can embrace that when one part of the body suffers, we all suffer.

Another thing I have learned is the power of the pen in regards to raising our voices for the persecuted church.  I love the Prisoner Alert program that VOM has set up and I love that they have made it so easy to write a prisoner.  Before I did this blog, I had never written a prisoner but now I do because I know for a fact that our letters matter.  There is nothing more satisfying to me than knowing that my letter, which takes a mere moment to write and send, can encourage and inspire my family who is in prison for the same Jesus I serve.

I have also seen the power of the pen in signing petitions.  The one petition I have seen thousands sign is the Call for Mercy for Asia Bibi.  I have to admit that I've been surprised that the one million signatures desired for this petition haven't yet been met, but I am thankful for those who have signed their name to support this sister of courage.

Another way that I have grown, as a result of this ministry, is by learning that I should never take my bible for granted.  When I was a teenager and had to literally beg to go to church and have a bible, I thought at that time that I would never take for granted having the opportunity to go to church or have a bible, but the truth is that once I was on my own and out from under my parents house, I fell into the same complacency that most Christians do. I took my bible for granted and I took going to church for granted.  Now, many years later, I have to admit that I do not do that any more because I see the increasing hostility toward Christianity in America, so if I were to exhort you in any way, I would say - memorize the scripture and make sure that you are in a solid fellowship with other real Christians.  Never take for granted your copy of the bible and do all you can to hide the Word in your heart.  Don't forget you can also join Bibles Unbound and give the gift of bibles to those in need around the world who can't just go to a store and buy one.

In closing, this year as you consider Christmas and the persecuted church, never forget to pray for believers today who are paying the ultimate cost for their faith.  However, even more important than that never forget that Jesus, Himself, was the target of persecution from Herod who called for the slaughter of the innocents under two years old.  Then, as we know, Jesus willingly laid down His life for us on the cross and died for the sins of all mankind, so that we could be reconciled to Him and be at peace.

As you look at your Christmas tree this year, consider the branches that stick out in the form of a cross.  To me, that tree is the Christmas tree.  The cross that Jesus died on, because man hated him.  The cross that led to your freedom and then the resurrection of Christ just a few days later that proved to the whole world that the words of Jesus are true.  If I be lifted up, I will draw all men unto me.

I would like to thank my friends at VOM for their friendship, love and support and encouragement.  Todd Nettleton, David, Dory and many others who contribute in ways that often go unseen.  Merry Christmas everyone.

For a child will be born to us, a son will be given to us; And the government will rest on His shoulders; And His name will be called Wonderful Counselor, Mighty God, Eternal Father, Prince of Peace. - Isaiah 9:6

Thank you for your thoughtful comments, Rebecca and Scott. Hope you had a great Christmas.

wish you a Merry Christmas

Thank you for all these years you've invested in writing this blog. I only regret I have not followed you on here until now & when you won't be writing the blog anymore.
We will be following you @persecutiontalk.

I heed what you have said about putting the Word of God in our heart & memorizing it.
I am thankful for the Christians I can have a solid fellowship with and sad that the number is small. Many play church.
No matter, Christ is huge in my life and the mainstay of all my life is!
Many Orthodox Jews still hate Christ and curse me for accepting Christ to this day. I am grateful for some in my family who have come to know Him and others who are close.
Sadly the Christians who helped with my conversion cared less about my growth than about how many they prayed with. But you know, the Spirit of the Living God is great and put me in fellowship with those who truly know Him and care about others well being.

America truly has not a clear concept of what the persecuted church is about.
In some Jewish homes, one can be punished or slapped across the face for speaking Jesus name.
There are others who suffer far worse, even giving their lives for their faith. Yes, some can do it all with more joy than others. We are all human and falter.
His grace is so much enough for all no matter what.
Thank you, Stacy for your heart for Christ and His persecuted Church. I don't believe it's by accident He has drawn me to your ministry.
Blessings upon blessings this Christmas with more joy from Him than you have ever known.
Rebecca

Thank you for sharing your heart with me also. I don't think it's silly at all that you would feel a kinship with me or the persecuted church, since after all, we are bound together with them.

I am sad to be going also, but you can still follow me on twitter at @stacyharp or @persecutiontalk - I will continue to encourage us all to remember the persecuted church. I think it's very cool that you're only 18 years old and have a heart for the persecuted church and I'm confident that the Lord will use you to inspire others. Stay in the Word and pursue Christ with all you've got. :)

Thank you for sharing your thoughts. I shared your comments with my husband and he asked me if I had tears in my eyes when I wrote this today and I told him yes. He said that explains why you could feel the way you do. I am just like you when it comes to being joyful for being persecuted for my faith, but I can say that over the years God has refined that in me, and I know He will touch you in the same way. Thanks for your encouragement.

So wonderful. Stacy, you have a heart for God that inspires me...I admire so much what you do. I know it's kind of silly, but I feel a connection and sort of kinship with you...and this blog has been such a tool. You've been updating it as long as I've been reading it, and I remember being so touched by the personal stories and tidbits you'd post every once-in-a-while. I'm sad to see you go, but I wish you with my whole heart, God's presence leading and comforting you this Winter

Brought tears to my eyes. Thanks you for your testimony. I have trouble counting it all joy when I am persecuted for my faith. I have nothing to complain about as I trust God will do a work in my heart to help me to trust Him.