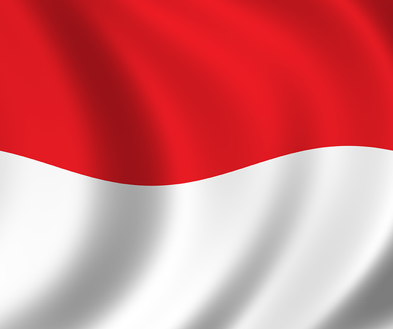 Ribur was beaten and locked in jail for 60 days because she talked about Jesus.

Ribur grew up in a Christian family in Indonesia, and during high school she became interested in mission work. After studying for five years in a Bible school, she joined a community-development group that was teaching agricultural methods to villagers in Aceh, located in the far north of Indonesia’s most western island, Sumatra. Teaching agricultural methods, such as organic farming and livestock breeding, gave the team an opportunity to hear about people’s lives and share their Christian faith if asked.

Ribur soon started a small Bible study in a nearby village, meeting weekly with a family of believers and reaching out to the Muslim community as well. She and a friend from the development group, Roy, began speaking with a woman in the community named Maria. They visited her on a Monday and returned to see her the next day. Maria was ill, but they spent a little time sharing about Christ. Maria then appeared to pray and ask Christ into her life.

On the third day, Ribur and Roy went back to check on Maria. A young man waiting outside talked to Roy while Ribur went inside the house to find Maria. As soon as Ribur arrived, Maria excused herself and said she had to go somewhere. Suddenly, the young man speaking with Roy punched him, and a crowd of neighbors gathered.

Someone grabbed Ribur by her headscarf and hair, and the crowd began beating her. The crowd then forced the two Christians to walk to the village leader, lashing them with a cattle whip as they walked. When they arrived, an official accused them, saying, “Why did you bring Jesus to Aceh?” As Ribur began to answer, she was struck again.

The accusatory questions and beatings continued for 45 minutes. Ribur prayed that the Holy Spirit would give her the strength to stand strong and testify to the truth. Her face was bruised, and the inside of her mouth was bleeding. One person had used a stapler to beat her in the head. Roy was also bruised. Eventually the local police came and detained them. They then drove them to the provincial capital, more than an hour away.

They arrived at 8 p.m., and the police questioned Roy and Ribur until 3 a.m., accusing them of blaspheming Islam. “I wasn’t frightened,” Ribur said, “because I had already been beaten in the other office. Also, the Bible says you will have persecution.”

“Why were you sharing about Jesus?” the officers asked.

“Jesus is for all people,” Ribur said.

“What materials did you bring?”

“Just a Bible,” she replied.

“Have you read the Quran?”

“Jesus wants everyone to know about him,” she said.

Roy and Ribur were arrested on May 29, 2012, and three days later were charged with abusing Islam so that police could continue to hold them. The police seemed to be searching for evidence.

Ribur was alone during the 60 days she spent in jail. She was the only woman in the women’s cell, and she used the time to read the Bible and pray. No one bothered her, but one of the guards told her it was the first time they had seen how a Christian prayed and read.

“Prison was a learning process for me,” she said.

Ribur was released after two months. Police could find no evidence against her and Roy, so they had to let them go. “After I was released, I felt that the same God who helped me in the prison was helping me still,” said Ribur.

The group’s work in Aceh has stopped for now. Ribur continues to help at her local church, and she dreams of planting churches in Sumatra.

Posted by The Voice of the Martyrs on December 17, 2012 at 08:38 AM in Christian News, Christian Persecution | Permalink