« Nepal: Christians 'On Top of the World' Facing Persecution | Main | Giving a Non-Cash Gift to the Persecuted Church »

This year we have shared countless stories about the persecution of Christians in Orissa which is considered the "Hindu Heartland".  Mission Network News along with Morning Star News share a report that is stunning to any American who may not realize that the police in India do not necessarily aim to protect and serve like the police do in America.  The contrast is very striking.  Consider praying for the police in India as you read how they are joining in persecuting Christians in India. 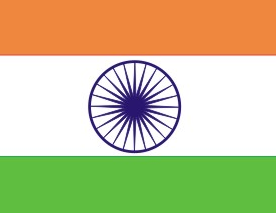 However, reports of police helping Hindu extremists attack Christians in Madhya Pradesh is a little disconcerting. Usually, Stravers explains, extremists go to police before they engage in violence against believers; then when the attack is reported and police are called in, they often arrest the Christians.

"This is the first time I've heard a case that confirmed police officers were part of the attackers," Stravers says.

A church pastor told Morning Star News that at the end of November, four police officers broke into his church during worship service and ordered Christians to leave. Close behind was a mob of Hindu extremists who told the leader "Jesus' name will not work in Madhya Pradesh" and warned against future mention of His name.

"The extremists further threatened to kill us, cut off our legs, burn down our houses. and expel us from the village if we speak the name of Jesus again and conduct meetings in the future," the church leader said.

When a church member tried to file a complaint at the local police station, an officer slapped him twice in the face.