Persecution Blog: Extreme Devotion: The Wisdom of a Little Boy

Extreme Devotion: The Wisdom of a Little Boy 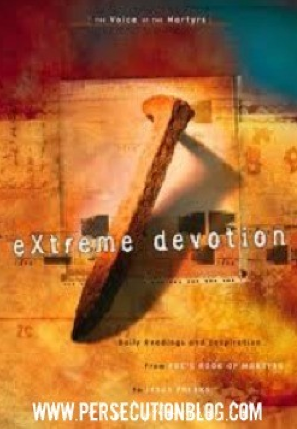 When the boy in the hotel finally spotted the visiting “businessman,” he ran to him and grabbed his hand. The startled visitor tried to pull away but soon realized that the boy was making the sign of the cross on his palm silently with his finger. The man, a missionary who had prayed to make contact with the church, looked down into the face of the rail-thin boy and immediately understood the message: “The church is alive in North Korea!”

The next day, the missionary met secretly with the boy. He learned that his father was a Christian who had been imprisoned years before. The boy’s family had greatly suffered under the brutal government and had to beg for food just to survive. Now because of drought, people everywhere were dying from severe malnutrition.
When the missionary asked what he could do, he thought surely the boy would request food for his family. But the boy asked him for only four things: to take his tithe that he had saved over many years, to baptize him, to give him Holy Communion, and to give him a better Bible.
The man was moved to tears as he realized the boy’s wisdom. Physical help would only serve him for a day or two, and then he would be back in the same predicament. Spiritual help would prepare him for eternity.

Wanting something and needing something are two entirely different things for most people. What they want is not what they need. Yet what they need most is not what they want. This is why so many people are frustrated. The child in this story teaches us what happens when all our wants are lined up with all our needs. He got it right. He wanted the very thing he needed most: Jesus Christ. When all you want is all you need, you will find great satisfaction. You may say you want money, but you’ll soon find that money meets only so many needs. You may say you need money, but soon you’ll want other things as well. Only Jesus can satisfy your wants and needs at the same time.