Persecution Blog: Sebastian Stood for Christ Until He Was Martyred

Sebastian Stood for Christ Until He Was Martyred

The following devotion is from the wonderful book Extreme Devotion, which you may purchase in our bookstore at www.vombooks.com

Sebastian walked through the halls of the palace daily. He had worked hard to get to this position in the royal guard, but once he had gotten to Rome, he restrained himself from the idolatrous lifestyle of imperial Rome. He only wanted to serve Christ wholeheartedly. 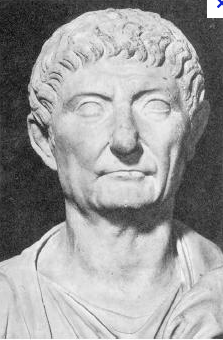 When Emperor Diocletian heard of his restraint, he had little interest in his service record. He confronted him and found out about his faith. At this, he ordered Sebastian taken outside the city and shot to death with arrows. The soldiers did their job and left his body to rot. Soon a group of Christians came to give his body a proper burial.

As they lifted him, one of them exclaimed, “He moves!”

“Shhh!” cautioned another. “Let us take him somewhere safe.”

Sebastian was taken to one of their homes where he was treated and recovered from his injuries. As soon as he was well enough, he placed himself before the emperor again. Once he had tasted the hope of heaven, the pleasures of this world had even less appeal for him.

The emperor was of course shocked to see Sebastian seemingly back from the dead. He ordered Sebastian seized and beaten to death and his body thrown into the sewer. His body was recovered again by Christians and buried in the catacombs.

Sexual immorality. Unbecoming language. Stealing. Lying. Cheating. Too many Christians define themselves exclusively by what they do not do. Certainly, there is a whole host of activities that God forbids his people to practice. However, restraint is not profitable in and of itself. Sebastian was not martyred merely for his restraint—otherwise he would have been killed for simply being a good person. He was martyred for his forthright faith. Likewise, we must restrain or hold back from evil in order to fully embrace God’s commands. Obey. Worship. Love. Serve. Define your faith by what you do, not simply that which you do not. Are you known for merely being a good person or for being a good person with an outspoken faith?

Posted by The Voice of the Martyrs on October 22, 2012 at 05:07 PM in Christian Persecution, encouragement, Extreme Devotion | Permalink