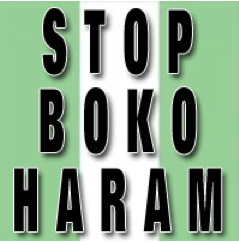 One of the nations where Christians are being persecuted mercilessly is Nigeria.  I have had a burden for Nigeria ever since I started to hear about all the Christians being killed by Boko Haram.  We've covered much of that persecution here on the blog.

Today I wanted to tell you about a press conference that took place recently where Nigerian American Christians got together in order to raise awareness about Boko Haram and also ask the United States State Department to implement tougher sanctions against Boko Haram.

10Tv.com is reporting the following:

The Osun Defender adds to the story the following details:

Speaking earlier on Tuesday at a press conference attended by officials from the US Congress Homeland Security Committee, NGOs and religious groups and leaders in the US, the CANAN leader observed that “Boko Haram is sustained by the procurement of unbelievable amounts of heavy arms and weapons, clearly transported from country to country and certainly funded by some fat pockets.”

Restating the need for the US to designate Boko Haram as a Foreign Terrorist Organization, FTO, CANAN leaders said with such a designation “all their top political backers will understand that the stakes are now higher, and they will face a wider net of justice. This in turn will likely curtail them from funding the terrorists.

On the expressed concern that the US designating Boko Haram an FTO might amount to internationalizing the problem, the Nigerian-American Christians stated, “such a view is already overtaken by events as the group has already threatened international peace, and the problems are no longer entirely domestic or academic.”

According to CANAN, “While we Nigerian-American Christians are the first to affirm the sovereignty of Nigeria, we recognize that Boko Haram is part of the worldwide phenomenon of terrorism and its many aftermaths set in motion after 9/11.

They explained that it was the sincere belief of their group “that the Nigerian government is no longer capable by itself alone to effectively check this group without some drastic international help including the designation of the group as an FTO by the US.

Please pray for the safety of believers in Nigeria and for those in positions of political power, who can make a difference, to do the right thing and care about the persecution of Christians in Nigeria.

Posted by The Voice of the Martyrs on October 24, 2012 at 06:09 PM in Christian Action, Christian News, Christian Persecution, Nigeria | Permalink